Low set to bring some rain for most 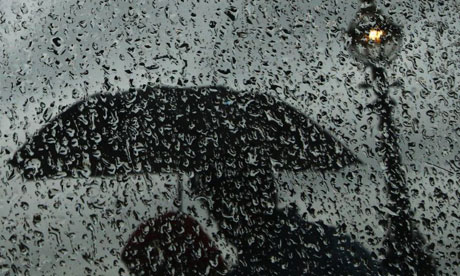 Weatherwatch.co.nz talked about this low moving in from the west earlier in the week and we said it could spoil weekend plans outdoors and sadly in many places that seems to be the case.

The good news is that eastern areas tomorrow shouldn’t see much rain but a few scattered lighter falls could still be in the picture.
For the rest of the nation it seems jackets, umbrellas, gumboots and anything to keep you dry will be required.

The clouds are set to increase over western and southern areas today and even though the rest of the country might not see sparkling skies there shouldn’t be anything to sinister up above for a prolonged period apart from a smattering of showers.

Overnight tonight the rain falls over western districts and moves to both the north and south of the country in the morning.

There could be enough moisture to fall east of the divide as well but as previously mentioned it shouldn’t be too steady.

Nor’ west winds will gradually build ahead of the front later today and then tomorrow really start to wind up over central areas.
Across the southern half of the Mainland the winds will swing sou’ west and reach as far north as Canterbury but possibly run out of puff as it hits the province.

Sunday looks brighter over of the North Island but not entirely shower free whereas showers could skirt along parts of the South Island and temperatures feeling a little cooler.

“The timing is unfortunate that it lands during the weekend” says weather analyst Philip Duncan,” but in saying that we’ve had a number of lows and fronts over recent times that it’s hard for them not to land during a weekend”.

Weather analyst Richard Green believes today is hopefully dry for Christchurch and Show Day” I can’t promise anything as there’s a chance of a shower or two but fingers crossed we’ll get through most of the day unscathed”.
It’s also a right royal occasion with Charles and Camilla visiting the A & P show in Christchurch.

This complex trough doesn’t appear too nasty in the main but will still be a nuisance for some as it rains on a few parades.

A very unsettled month here,as well as the constant SW changes,temperatures cooler than average especially in the day and rain above normal,(we got a lot of the convergence last week).