Low is on the way – Thursday’s situation & outlook 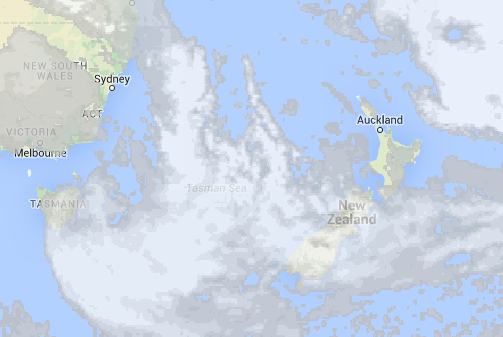 Most places can look ahead to sunny weather with light winds, along with afternoon sea breezes near both coasts – though east to northeast winds along the East Coast will be fairly breezy.
The weather is mostly sunny over the rest of the North Island, sunny areas and some cloud for Northland, Auckland and the Bay of Plenty.
For the central North Island and the ranges of Hawkes Bay and Wairarapa, there may be an isolated shower late afternoon and into the evening.

Morning cloud breaks to afternoon sunny areas for Wellington, along with northerly winds.

Over the South Island expect mostly sunny weather in Nelson with northerlies, along with some high cloud.
The east coast has plenty of cloud, mainly low down at first, but then plenty of high cloud for the rest of the day, while northeasterly winds will be fairly gusty – especially right on the coastline.
Any early drizzle clears in the east, later in the evening there may be spots of rain about Otago.

Thursday will bring some north to northwesterly winds for the West Coast, along with periods of cloud.
Skies about Fiordland will be mostly cloudy with the odd shower moving in during the afternoon, then turning to rain later in the evening.
Cloud thickens for South and North Westland late afternoon and evening.
There’s plenty of high cloud for Southland with north to northeasterly winds, while in mid to late evening a few spots of rain are possible.

The mercury will hit the mid 20s in much of the North Island, while further north, interior parts of the island from Northland through to the Waikato will reach the 27 to 28 degree mark.

The South Island will be a bit cooler – temperatures in the low to mid 20s in the east, and north of Greymouth.
From the West Coast and Hokitika south, temperatures will be a little lower, reaching the late teens only.