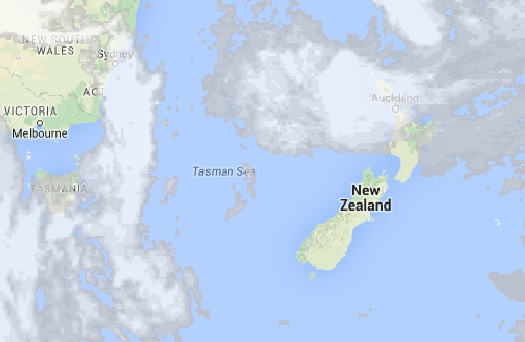 The situation on Wednesday is dominated by a large low pressure system moving in from the Tasman Sea.
The low will push a front eastwards over the North Island in the morning, and onto the South Island later in the day.
Parts of both islands will see the front at the same time, as it comes in on a slight angle.

Much of the island will see strong east to northeast winds at times, with the upper North Island first in the morning and areas further south in the afternoon.
Winds about Auckland and Northland may gust to gale at times early on in the day, though these will ease towards afternoon.
Northern areas could also see heavy downpours as the front moves over in the morning and into the early afternoon.
Thunderstorms are possible, and there is even an outside chance of a funnel cloud or tornado.

As the front moves into the Bay of Plenty it will bring heavy areas of rain, but not the same risk of a thunderstorm.

Rain will move onto the top half of the island and down along the West Coast during the afternoon, then move into Canterbury later in the afternoon and into the evening.

A few showers may make it to the far south later in the evening.
Those winds over the South Island are mostly northeasterly, brisk along the east coast then easing later on.