Looking back:Driving and battling the winds of April ’68 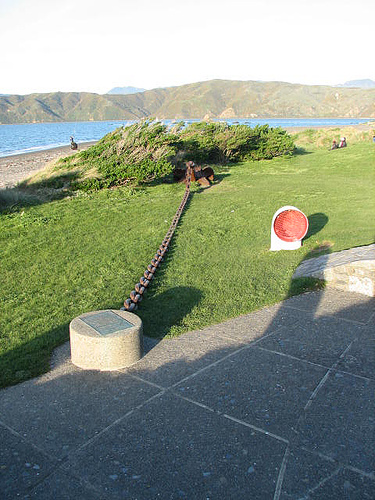 April 10, 1968 saw the sinking of the Wahine in Wellington harbour and the night before Bob Maysmor had his own experience of driving as the winds started to howl and torrential rain set in…

It was 9 April 1968 and a bit of a storm was brewing. I had been out visiting friends in the Hutt Valley and at about 9.30 p.m. I started heading home to Eastbourne. I was driving a Morris 1100 which, as I headed down the straight from Seaview towards the Point Howard wharf, was being heavily buffeted by the wind and blasted by a barrage of rain.

Apart from one other car in front of me there was no traffic on the road. At Point Howard I saw the red flashing light bounce off the seaward hillock before I saw the police car. I pulled up behind the other car and waited for the policeman to approach. He said the road was badly flooded and quite dangerous, and asked if I could stay somewhere in the Hutt.

The other driver, who I knew, was keen to give it a go and so we were allowed through, but were told to keep an eye on each other. I soon lost sight of the vehicle in front – visibility was virtually nil. In Sorrento Bay a huge wave hit my car and pushed it to the side of the road, scaring the pants off me. Moments later another wave struck and bounced the car further off the road.

I ploughed through the sea water and rain, barely able to discern where the road was. I managed to get around the bluff into Lowry Bay, making a tortuous trail around logs and debris that littered the road, hitting the odd one that was hidden by the driving spray. As I entered Mahina Bay another wave crashed into the car and somehow stalled the engine. I eventually made it home and rang the police to report how bad it had been. I was told the road had been closed immediately after we had passed through. So we were the last vehicles to get to Eastbourne that night.

After the Wahine foundered, along with some of my friends I volunteered to assist around the Pencarrow Coast the next morning. We had grown up on the coastline and knew every bay and every stretch of the coast road, but the police refused to let local people through to help. Later in the day, with the waters of the harbour having remarkably calmed, I pulled two bodies from the water along the beach in Rona Bay and reported them to the police. It was a sad conclusion to what had been an exhilarating and at times scary drive through the dramatic storm the night before.