Looking back: Snowstorm of ’39 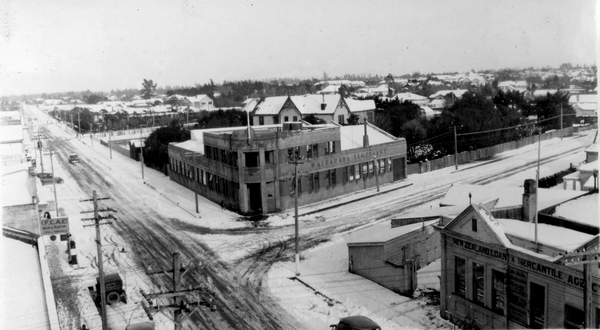 Last August snow fell over many parts of the country and there were quite a few comparisons to the blizzard of 1939 which also affected many areas of the country but some of the falls were considerably more substantial and caused more serious problems.

It snowed from Cape Maria van Diemen in the far north to Southland, where flooding occurred when the thaw set in. Dunedin was worst affected. There was snow a metre deep in some of the hill suburbs, which ran short of food. In Auckland on 27 July, 5 centimetres of snow fell on the summit of Mt Eden, and the Bombay Hills shone white for most of the morning.

In Gisborne, snow fell for nearly three hours, and in Masterton, the snow lay 15 centimetres deep. Snow fell to sea level at Castlepoint, and drifts in the hills closed the road inland.

Snow was not the only problem during the devastating cold snap. Overnight frosts caused water pipes to burst in Palmerston North and Hastings. At Paremata, just north of Wellington, eight hectares of the harbour froze over. Tidal waters also froze at ÅŒpÅtiki, in the Bay of Plenty.

The heaviest falls last year fell over inland eastern parts of the Mainland however falls were reported in isolated areas of the country that never saw any snow back in 1939.

Pic of a snow hit Masterton by Wairarapapast

thats alot of snow i remember the big freeze here in southland in 1996 the snow wasn’t the problem it was the high that hung around for 10 days bringing heavy forsts i remember the clock on H & J smiths reading -14 the sand froze.