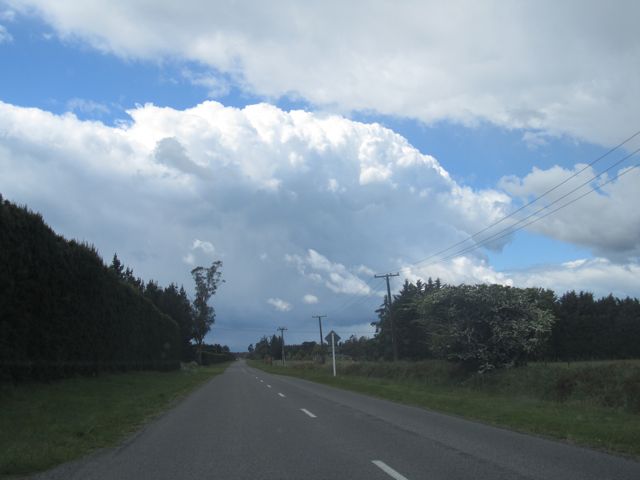 Today is a day of all sorts as the long weekend gets underway.

For those wanting to enjoy the great outdoors, the country isn’t rain free with pockets of showers across parts of the North Island however most Mainlanders should experience a dry day with just a shower or 2 clearing away from the north east.

Eastern areas of the North Island should see the remnants of rain from the southerly front drying up this morning with sunshine returning this afternoon however a couple of showers may tickle other parts of the upper North Island with the chance of a shower or 2 being heavy and a rumble of thunder may disturb the peace in isolated areas.

It’s a cool start for some southern and central parts of the nation this morning but temperatures are expected to lift however coastal regions could see temperatures a little below par such as Wellington and Christchurch, as cool winds hang in.

Nelson enjoyed a mild night with 17 degrees recorded at midnight and even the early hours of this morning, the thermometer didn’t drop much below 15 degrees.

We’re picking the west and also inland areas of the South Island to see the most settled conditions today and for those driving on those lovely stretches, visibility should generally be very good to excellent.

Hi Guys
17c (feels like 15c) with light westerly wind, cloudy but no sign of showers here in Wayby at the moment. With 55 mils rain during the week farmers will be happy with grass growth. Now need a drier period to enable silage etc to be harvested in November.
How is the long term forecast looking for the next two months?
I believe NIWA forecast drier and warmer?

Hi Steve – thanks for the update from where you are.
The NIWA forecast does suggest drier than average conditions: http://www.niwa.co.nz/node/102848

The long range (10 day) maps indicate a lot more high air pressure coming in from the west which means any rain bearing lows will most likely develop over or to the east of NZ or to the north or south (less likely from the prevailing west).  So that should bode well for you.

Thanks for the score too – that’s a prediction we 100% support!!

Thanks for that. All looking good