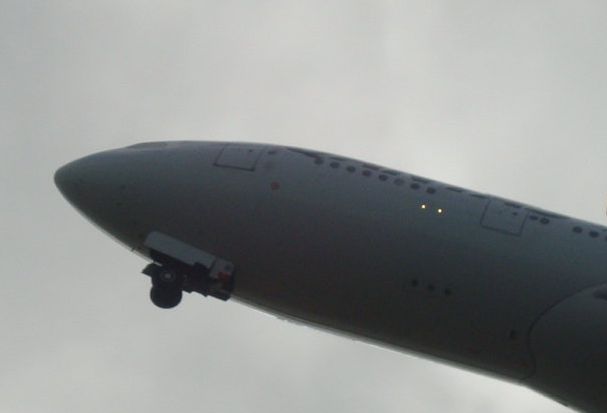 A Qantas flight from Auckland to Melbourne was turned back after it was hit by lightning.

Qantas said damage to the aircraft was not known but it returned to Auckland as a precaution.

All passengers would be given seats on another flight this afternoon, a spokesman said.

He said Qantas planes are built to withstand lightning strikes.

A couple of years ago, when we were taking off from Auckland, our plane was hit by lightning, which felt like a large bump and shudder as if all the luggage had moved in the overhead lockers. Our pilot said that we had been hit by lightning, and that planes were built to withstand that. We carried on our way. I wonder why that plane on Wednesday turned back to Auckland?