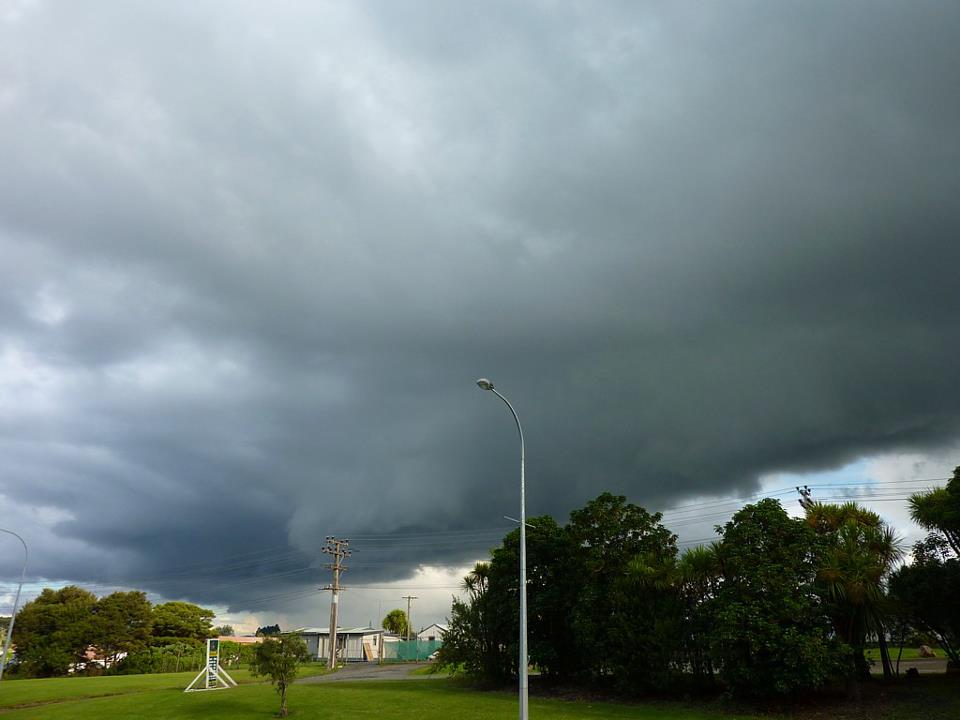 The North Island was peppered with almost 12,000 lightning strikes last night as thunderstorms and torrential rain brought floods and caused homes to be evacuated.

At the peak of the storms a few thousand lightning strikes were detected in an hour.

Downpours led to the Fire Service being called to more than 40 incidents, mostly flooded homes, between 6.30 and 7.30 last night in Glen Eden and Titirangi.

Fire Service spokesman Paul Radden said extra appliances were sent to the suburbs, including those equipped with machinery to pump floodwaters.

One elderly man was taken to Waitakere Hospital with chest pains after his apartment was one of three flooded on Captain Scott Rd.

Ashok Sudhakaran photographed his neighbours’ cars swamped by floodwater at Atkinson Rd in Titirangi after a “huge amount” of water cascaded down a nearby hillside.

He said he was inside his house nearby when the area was hit for about half an hour by the heaviest rain he had seen in Auckland.

Homes in Taupo were also hit by flash floods around 8pm, with one house having to be evacuated after a “creek became a river”.

Feel much sympathy with the people who have flooded. I wonder why some houses have been allowed to be built so close to little streams that become raging torrents.

Hi Zelda, from memory you are in New Lynn where I grew up. The stream in my parent’s back yard yesterday burst its banks and just kept rising. Probably the highest I have seen it. Yes it is stupid council have allowed this to happen over the last 100 years. A lot of the flooding, I bet, was caused by blocked drains and culverts, probably with plastic, leaves and branches.
In regards to our river systems, a lot of the flooding is exacerbated by the fact there is so little native vegetation along our waterways. Our many various native plant species slow and absorb a lot of the water in flood events, whereas weed species like willow trees, tradescantia, ginger, willow weed and many other species, kill native plants and tangle and block our streams. Unfortunately, council (and govt) have no teeth when it comes to forcing people to remove these weeds and then replant with natives, thus nothing will change. Council does however offer free advice/bins and native plants but this is purely voluntary. Cheers