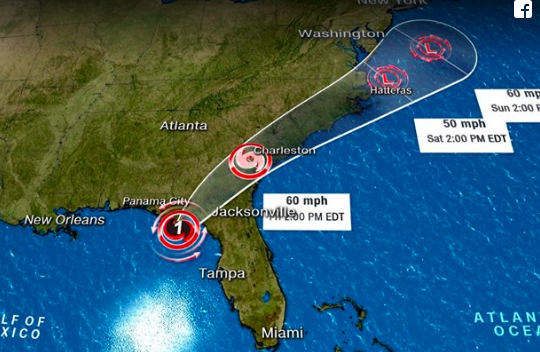 Some counties issued mandatory evacuation notices for Gulf Coast communities on the water or in low-lying areas and at least one told people to stay inside after 9 p.m local time.
The governor warned people Hermine would be life-threatening and forecasters said the surge of ocean water could be as high as 2.7 metres above normal levels.
Hermine, with its maximum sustained winds reaching 130km/h, was lashing Apalachicola, Tallahassee, St. Petersburg and other cities a few hours before its expected landfall.
“The center of Hermine should make landfall along the coast of Apalachee Bay during the next few hours, then move across the eastern Florida Panhandle into southeastern Georgia early Friday,” the National Hurricane Center said late tonight.
“The center should then move near or over eastern South Carolina on Friday night and near or over eastern North Carolina on Saturday.
The storm became a Category 1 hurricane today NZT and is expected to lash the area with heavy rains.
“These rains may cause life-threatening floods and flash floods. Heavy rain could reach the coastal Mid-Atlantic states from Virginia to New Jersey beginning early Saturday,” the National Hurricane Center said.
The Hurricane made landfall around 6pm NZT and was downgraded as it made landfall.
Full story here + video from CNN 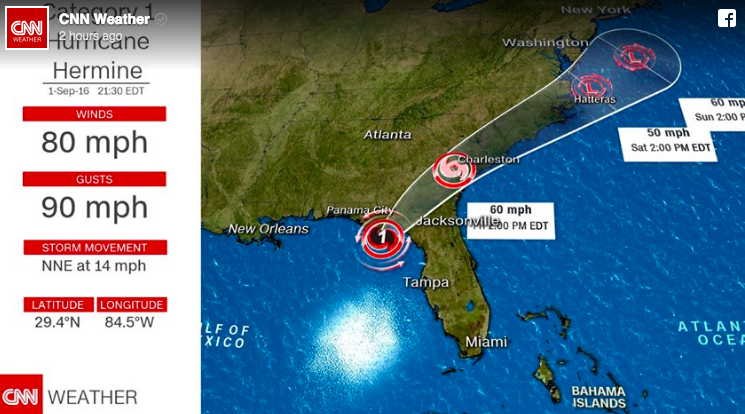