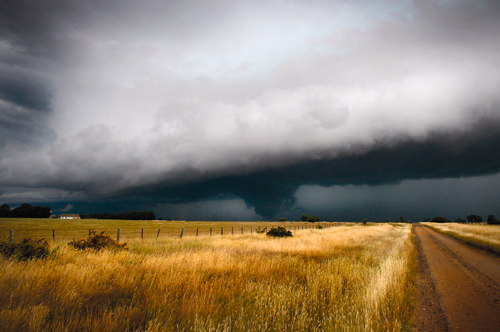 Friday morning and here are the latest weather headlines from across the globe.

Australia
At least two tornadoes have ripped through parts of Victoria’s north-east, destroying buildings and injuring at least 11 people.
The town of Rutherglen was worst hit by the storm cell last night, with roofs ripped off buildings.
There were a number of injuries, but it could have been worse if holiday homes in the area had been occupied.

UK
Large swathes of the UK are facing a white weekend, as more wintry weather looks set to cause widespread disruption.
Snow is falling again in Northern Ireland, Wales, the Midlands, northern England and southern and western Scotland.
Commuters are being warned of rush-hour chaos today as strong gusts combine with the anticipated deluge to cause blizzard-like conditions.

USA
Yet another winter storm system is in the Northwest USA this morning and is forecast to hit the central U.S. tonight.
A second winter punch will follow  this weekend with Denver, Kansas City and Oklanhoma expecting heavy snow tomorrow and by Sunday it’ll move into Indianapolis and St Louis.
Early next week the snowy skies should be across Boston, Washington and New York.
Spring it seems is struggling to blossom early across parts of the USA.

and on a lighter note from our Only in America files…
In the wake of last month’s meteor strike in Russia and a close asteroid flyby on the same day, members of Congress asked NASA, White House and Air Force officials what they’re doing to combat the threat of near-Earth asteroids during a hearing on Capitol Hill.
By and large, the experts stressed that the two space rock events were a coincidence and that the chance of a catastrophic asteroid impact to Earth any time soon is remote.
They believe it’ll take more than petty cash to try and stop another significant meteor or asteroid colliding with earth.
WeatherWatch believes they should tell us something we already don’t know.

Re Meteor strikes and US action to help prevent them.
You watch this space (pardon the pun) this will be the start of a concerted effort to spread the arms race into space, using the excuse of – we need to protect Earth from these objects.

And you are correct, it will take much more than petty cash to protect from these. but as we have all seen, when the Yanks need money, they just crank up the presses.