Latest reports – Which areas missed out on the rain 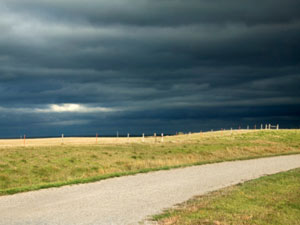 While some areas have received nearly 25mm of rain inside the last 12 hours other regions remained basically bone dry.
Skies were threatening in some cases but failed to deliver.

Marie starts off by saying “Ten minutes spitting in Templeton (sw of Christchurch)….got the washing in and it stopped…sun shining now. Poor farmers:( lawn is dry and cracked under the green grass…it gets a brief watering every day (for now).”

Jackie said”Barely any rain in taihape, had a couple very light small showers n I wouldn’t say us rural people would want to escape it we are praying for it.”

Brandon posted”Nothing in Upper Hutt but gray clouds then sun then gray again – but no rain falls.” Yet just down the road Wellington has rain which interrupted the fourth day of cricket.

“Enough to wet the ground, but not to make a huge difference to lakes etc in Invercargill” commented Janet.

The good news is that some areas that missed out this morning got some activity this afternoon.

“Yay…. Rain here in stratford…. its lovely, a whole day in my pj’s relaxing and ready for F1 later on… woo hooo Hubby like a bear with a sire head…LOL” said Michelle.

Esme mentioned the Waikato was soaking it all up “Lovely rain falling in Hamilton it’s beautiful and cool I have spend most the day snuggled on the couch watching DVDs”.

Debbie was happy with what Dunedin was getting..”Raining now in Dunedin since about lunch time. Very refreshing!”

Alexandra at one stage this afternoon was clocking up almost 10mm of rain an hour. Napier has also seen rain fall this afternoon.

Rain, where? we are still waiting on it in Feilding.. At the Maewa end at least, have not seen more than 4 drops not enough to fill a teaspoon let alone a cup… We need WW to do a rain dance.

Been a day of steady light showers today. We need more of the same to soak into the ground then followed by some heavy rain to fill dams, water tanks and to water parched gardens and farms. Hopefully Wellington gets its share.