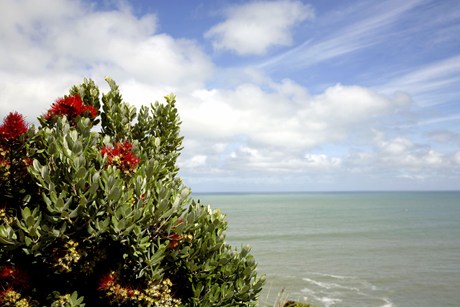 Temperatures are fairly uniform this morning in getting Thursday underway with a range across the North Island of between 13 and 19 degrees with the Capital the warmest.
A southerly is working up the South Island which sees it a liitle cooler with 9 degrees in Invercargill and 17 the mildest in Nelson and Westport.

Auckland saw some showery activity overnight which has since cleared but has moved across to parts of the Bay of Plenty this morning.There’s a risk of a couple of further showers over Northland and North Auckland tomorrow morning once more.

A few showers are crossing over Mid and South Canterbury this morning and drizzly showers could move into Christchurch this morning with a cooling southerly.Wellington is likely to see the southerly move through near midday and a drop in temperature with a few drizzly showers.Dunedin is looking at a cool Thursday but southerlies easing however a good looking Friday and weekend appear to be in order.

Fires on and across Great Barrier Island, West Melton as well as Hokianga appear to be now largely under control and fire crews will continue to be on watch for further flare ups today.Great Barrier is still the biggest concern however it appears to be contained at this stage with many crews in attendance from the Mainland. Weather conditions look favourable in the south with a cool and dampish southerly today however breezy and warm conditions are likely to continue in the north

Today appears to be the most bleak of the week as a whole however only pockets of showers over eastern and central areas appear to be the worst off whereas much of the country will remain dry with just some cloudy spells forecast from time to time.

Breezy conditions over the Far North and also eastern parts of the country could be the predominant feature over the next week with easterlies picking up but relatively mild to warm conditions are likely to remain despite the windy conditions.
Unfortunately this is likely to dry out much of the country further but there is a small chance of showers for eastern areas of the North Island which could give a little relief in rural areas.The jury is still out on whether they’ll actually make it to the coast or remain offshore.

Temperatures start to rise again in the south as of tomorrow and by the weekend inland areas are likely to see highs a couple or three degrees above average as sunny skies and light winds prevail.

Homepage image of Pohutakawa gleaming in the summer sun