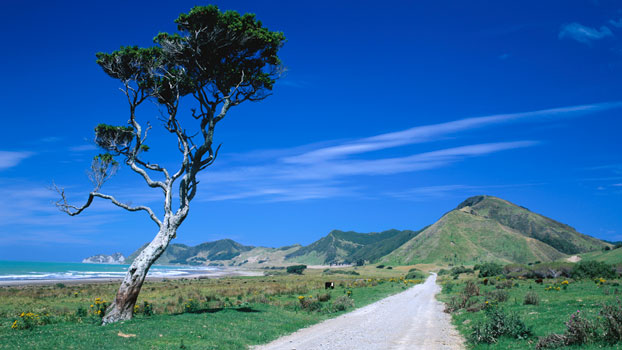 Easter doesn’t appear to be helping in regards to the drought and the country will largely miss any rain or showers of significance.

Not that the two are necessarily related however in previous years the long weekend has occasionally been hit by rain bearing systems and high winds.

The West Coast this weekend looks to see the most rain which is sorely needed in this drought zone and there’s a sniff of a chance that parts of the upper North Island could be at the receiving end later in the weekend of a few showers but they’re sporadic.

If you’re travelling during the break conditions are expected to be mostly clear  for most places if you plan to arrive later today or during Good Friday.
“In fact the start of the long break could be the warmest day overall of the entire weekend” says Weather Analyst Richard Green.
“If you’re taking to the skies, or going by water most areas should be ideal with very little reason to be concerned.”

WeatherWatch believes it’s the West Coast that could be the only trouble spot and even then moreso southern Westland and Fiordland are the main focus.
A few lighter areas of rain could swing by over Southland late in the day.

Easter Sunday looks like it could see more cloud roll in but not a lot else. There’s a risk of a shower but areas of cloud is more likely perhaps over some centres across the upper north of the North island
“Auckland could be on the receiving of a fairly cloudy looking Easter Sunday but as far as showers are concerned there doesn’t appear to be hardly anything on that front” says Head Weather Analyst Philip Duncan.
“There are a few showers about areas of the northern half but they are lurking offshore presently.”

Easter Monday sees skies clearing a little overall but western parts of the South Island might not have seen the end of some showers at this point. There’s still a handful of showers possible over northeast but these are looking sparse at this stage.

In a nutshell most of the long weekend is appearing dry and even though we’re getting into the middle month of Autumn WeatherWatch would like to remind everyone that under the warm sunshine it pays to slip, slop, slap and wrap as you can still burn between the hours of 11 and 4.

Homepage image of  a sunny Gisborne coast, where Easter appears to be very warm and dry