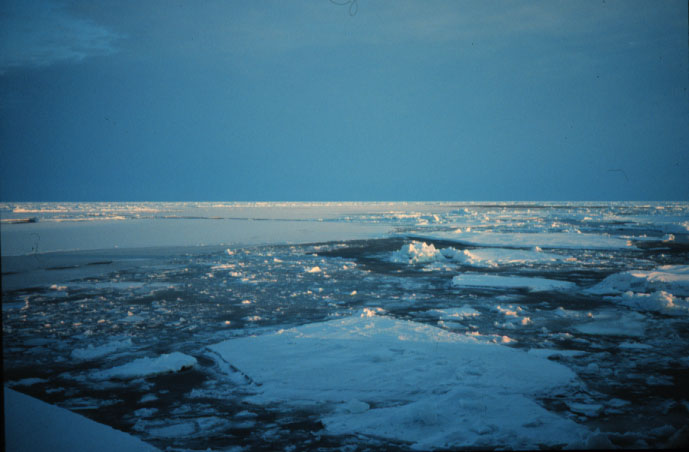 Climate scientists say the massive snow storms to hit North America and Europe this year were linked to shrinking sea ice levels in the Arctic.

Satellite pictures reveal the sea ice levels were the sixth lowest since satellite records began over 30 years ago.

MeteoGroup forecaster Claire Austin says March has been especially chilly so far.
“It’s much, much colder and it has been cold for the last few weeks – so it is unusual,” Ms Austin said.

“We do get snowfalls, even up as far as April, where we see some quite significant snowfalls at times.
“This is just incredibly cold air [that] doesn’t want to go away unfortunately.”

Professor Jennifer Francis, from Rutgers University in New Jersey, says the reduction in ice levels is not only seasonal.
“We’re seeing the decline happening in all seasons now, including the winter,” she said.
“It’s at its maximum extent now, but it is much thinner than it was again, only a couple of decades ago.”

Ms Francis says the warming of the Arctic weakens the high altitude river of air known as the jet stream, which governs weather patterns in the northern hemisphere.

“Last March at this time we were experiencing extremely warm conditions,” she said.
“I was out in my garden planting peas and you know, spring was very early, but this year it’s just the other way around.”

Ms Francis said the changes could not be explained by natural fluctuations in the earth’s environment.
“The changes that happened before the middle of the 1900s are all explained by natural causes,” she said.
“But what has happened in just the last five or six decades is we’ve seen the largest increase in the amount of carbon dioxide in particular, and other greenhouse gases, and we know that it’s caused by the burning of fossil fuels.

“So the increase in temperatures that we’ve seen cannot be explained any other way.”