An enormous block of high pressure is very slowly crossing New Zealand and will bring mainly calm, dry, weather for the long weekend.

High pressure will remain in charge of the South Island until Tuesday next week and right through until Thursday of next week for the North Island (meaning it will have affected the North Island’s weather for almost two full weeks by then).

Saturday sees a bit of a westerly flow around parts of the South Island with rain around Fiordland and some spillover spits or showers into Southland, Otago and the West Coast – but it will be mostly dry outside of Fiordland.

Sunday and Monday are mainly dry NZwide but with a slight catch – a hint of summer in the air. Not only will temperatures be above average every afternoon this long weekend in almost every region, but we’ll also get the risk of afternoon cloud build ups producing some big downpours inland and near the ranges, of both main islands. This increases on Labour Day Monday.

Overnight lows may still be a little chilly for some areas, especially overnight tonight and Saturday night too – but generally speaking warmer air is moving in to New Zealand over the coming days with both daytime and overnight lows looking warmer than average in some regions by early next week. Frosts should fade away for those who had been having them. 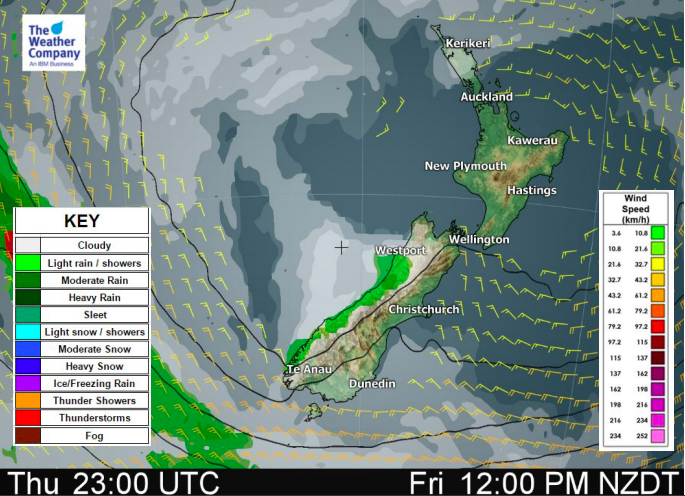 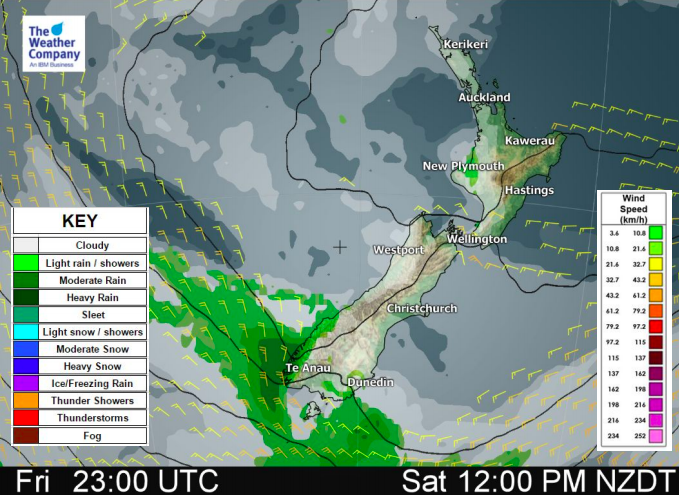 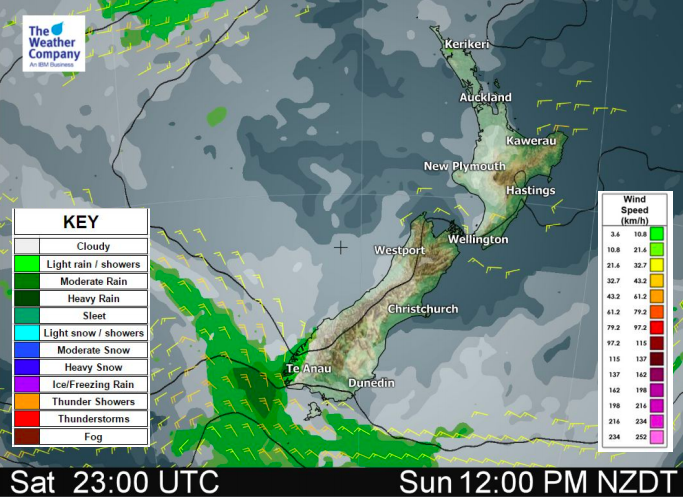 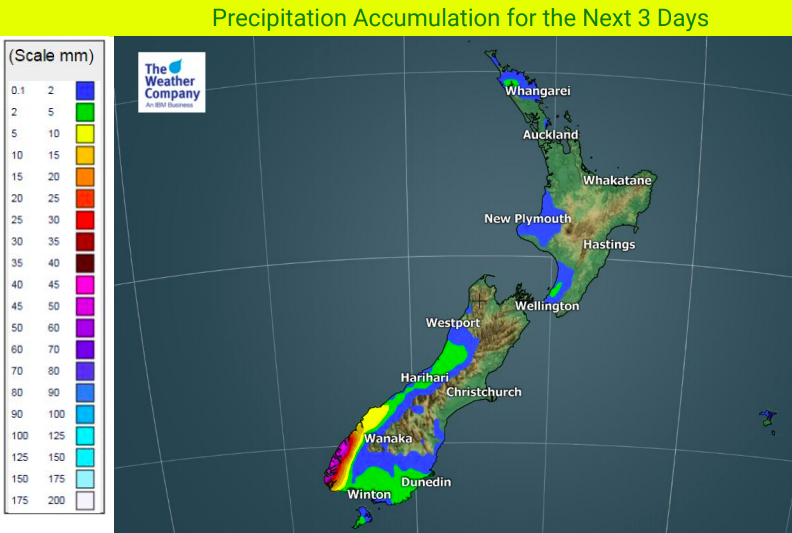 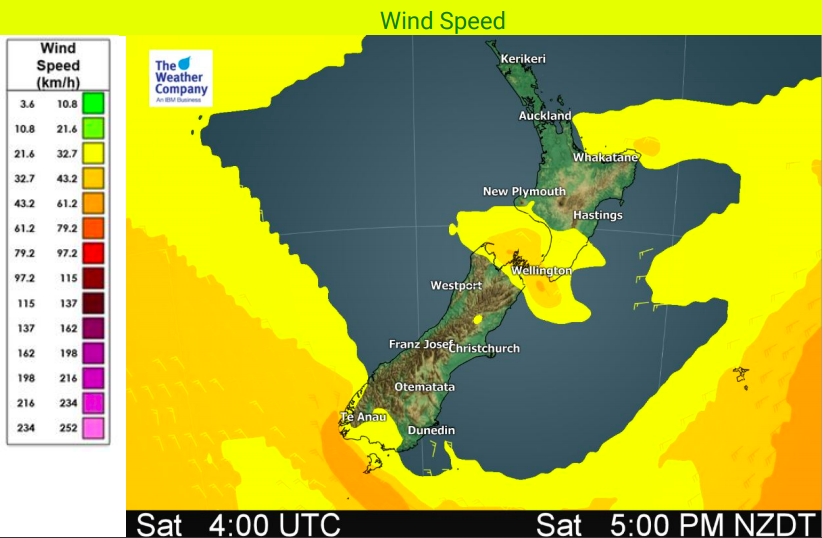 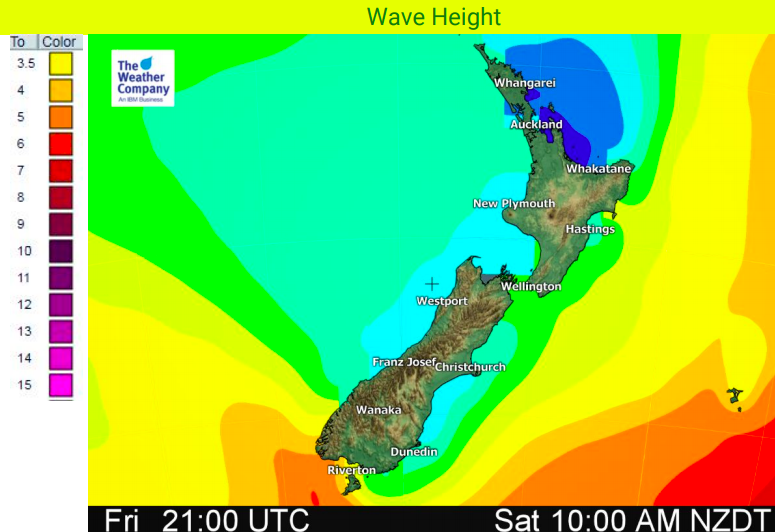