Labour Weekend is here – We have the latest rain, wind & temperature highlights (+5 Maps) 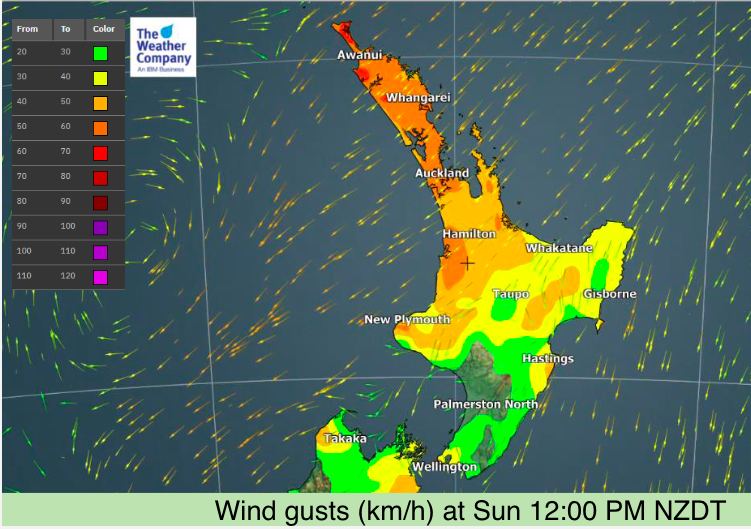 Windy and wet for some regions, dry, calm and sunny for others and in the middle a fair bit of cloud – welcome to your Labour Weekend forecast.

RAIN:
The bulk of the rain is patchy with some localised/isolated heavy falls mostly in Northland and the West Coast. For the most accurate rainfall forecasts in NZ check your local WeatherWatch.co.nz daily totals, or view much more details at www.RuralWeather.co.nz. Some of the heaviest falls may be around the Bay of Islands and Far North.

TEMPERATURES:
Above normal daytime highs for many this weekend with some parts of the lower inland South Island over 8 degrees above normal. Daytime highs in parts of Southland and Otago will be in the low 20s, potentially a few degrees milder than those in the Far North by day!

Those in the upper North Island have mild nights ahead but the clouds, wind and rain/showers will likely keep daytime temperatures about normal.

It’s cooler than average in the eastern North Island with calming high pressure nearby helping make for a cold night tonight/cold start to Saturday. But milder airflows move in across the weekend in these eastern areas.

To really drill down deeper with temperature trends (including the feels like temperatures) please visit www.RuralWeather.co.nz.

WIND:
Gale force east to north east winds will impact northern NZ at times, mostly in exposed coastal areas to the east. These winds are caused by what we call a “squash zone” – the area of windy weather between low pressure and high pressure. The low pressure is out in the Tasman Sea, the high is growing to NZ’s east.

Gusts are mostly below problematic but there may be a few isolated branches down here and there north of Auckland or maybe eastern Waikato. If you’re camping this weekend the windiest weather will likely be in eastern coastal Northland, Coromandel Peninsula, northern and eastern Auckland and Eastern Waikato – in fact Eastern Waikato (hugging the Kaimai Ranges) may see some of the bigger gusts over the coming days (locals well know this set up!).