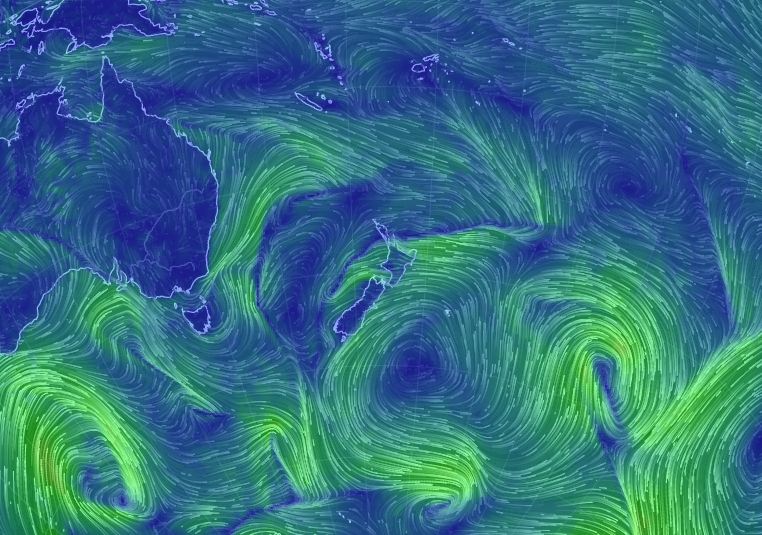 It’s not official, but La Nina weather conditions are now impacting New Zealand and Australia and if the current set up lasts another two weeks expect an announcement from scientists that La Nina has arrived.

In our part of the world La Nina encourages warmer than average sea surface conditions to our north – and in turn that produces more lows, more cloud, more humidity and an increase in east to north east events.  This often means a wetter and more humid weather pattern for the North Island and for the top of the South Island.

It doesn’t equal rain every day either – but often rain is a mixture of drizzle and intense downpours.

This week is a classic La Nina set up with loads of low pressure around the North Island and basically a week of cloud, drizzle, showers and patchy rain sliding down the eastern side.

This set up remains until the end of the week – with next week looking a bit more “classic spring” with westerlies returning.

We’ll keep you posted on if La Nina officially is declared – and then what that might mean for you this summer in New Zealand. It’s still a long way out until summer though – so for now we’re just focused on what a La Nina (or a La Nina-like) pattern would mean for our spring – and at this stage it may mean a wetter, milder, cloudier spring for the North Island – and not so windy and dry for the east of the South Island.

Have’nt we been in weak La Nina conditions for a few weeks, NOAA SST indices have been hovering around -0.5/-0.7 since mid July.

How long do they usually wait before declaring?

I guess more interesting will be, will it be a typical La Nina? The previous El Nino was not typical at all so just maybe this La Nina will also be different to what we expect.

We usually do get a period of easterly type conditions in the north prior to Xmas but this is very early for it to happen this year so perhaps you are right. I actually hope you are wrong for selfish reasons but we can’t change the weather that is for sure.

Good on you for picking it first, I will watch with interest.