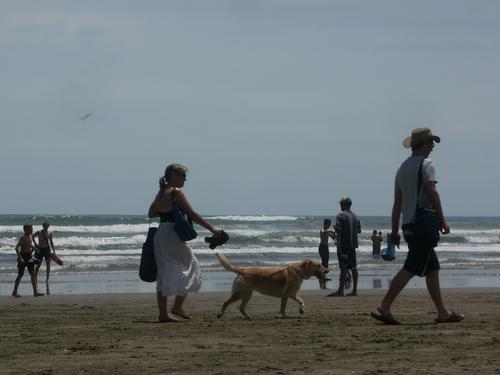 New Zealand is in for a long, hot summer as La Nina hits our shores, says the National Institute of Water and Atmospheric Research (Niwa).

Already, temperatures have soared across the country in late November, a pattern likely to continue until March, principal scientist James Renwick said today.

“In November, pretty much all of the country, the South Island and most of the North Island away from the coast, was quite a bit warmer than normal. Over summer, we’re expecting things to be on the warmer side in most places,” he told NZPA.

He said the current warm weather pattern – along with another La Nina heatwave in the late 80s – was the strongest in about 50 years.

People could expect temperatures to be several degrees Celsius above normal, taking some regions into the 30s “from time to time”.

While good news for holiday-makers, it was not so good for Northland or Waikato farmers already concerned about dry conditions, he said.

With little rain forecast before Christmas, Northland farmers facing their third consecutive summer drought this week said they would seek support from the Government.

“The net result for New Zealand is we tend to get high pressures and more settled conditions,” Dr Renwick said.

Some scientists believe that the increased intensity and frequency – now every two to three years – of El Nino and La Nina events in recent decades is due to warmer ocean temperatures resulting from global warming.

“You could say yes, in that temperatures have risen in New Zealand in the last century, so the chances of getting warm conditions have increased… because things are warming up,” Dr Renwick said.

By Paul Harper and NZPA