Kiwis save boys adrift for 50 days 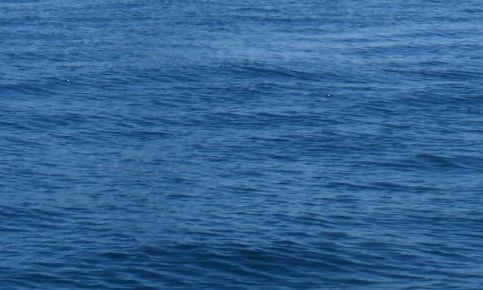 Three Tokelauan boys lost at sea for 50 days have been rescued by a New Zealand fishing boat.

Samuel Pelesa and Filo Filo, both 15, and Edward Nasau, 14, left the atoll of Atafu on October 5, and survived by eating a seagull that landed on their small craft.

The boys had been given up for dead by their community, which held a memorial service after an extensive search, including flights by an RNZAF Orion, failed to find them.

But yesterday, they were found by the Wellington-based fishing boat the San Nikunau.

First mate Tai Fredricsen, of the Bay of Islands, last night told the Herald that it was a “pure miracle” the boys were found, especially as the fishing boat was in an area to which it did not usually go.

The teenagers had drifted 1300km to west of Uvea in the French territory of Wallis and Futuna and northeast of Fiji.

“We saw this craft floating on the horizon and it’s normal to check on them,” Mr Fredricsen said.

“So we went over and yelled out, ‘Are you okay?’ As we got closer, we realised they weren’t. They were over the moon to see us.”

Mr Fredricsen said the boys started waving frantically as the crew got to within 1.5km of their small boat.

They were in surprisingly good spirits after so long at sea, and were given small portions of fruit and water, and bandaging for their exposed skin.

Later, the trio were given a “Kiwi breakfast”.

As Mr Fredricsen administered first aid, he obtained a phone number for the grandmother of one of the boys and called her.

“I didn’t understand what she was saying, but I could tell she was ecstatic and over the moon to find out they were still alive.”

While the boys looked emaciated, Mr Fredricsen said, they were on top of the world after being rescued.

“They had this incredible attitude. They survived so much.”

“They were steaming back to New Zealand and right dead ahead was this little boat.

“They got closer and there were these three malnourished teenagers.

“It’s unbelievable. Had we been a kilometre either side of that course, we would have missed them.”

Mr Barratt said the San Nikunau was due in New Zealand on Sunday.

Todays news says the boat was stolen. Sure was a big dose of Karma for the lads.