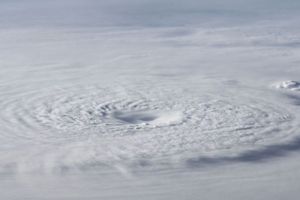 Super Typhoon Bopha with maximum sustained winds of 258 km/h is headed toward a direct hit on the southern Philippines.

Bopha is the equivalent of a category 5 hurricane.  It dealt a glancing blow to the southern islands of the Republic of Palau late Sunday night.  Winds gusts up to 115 km/h were reported at the US National Weather Service office in Koror, Palau.

Roughly 21,000 people live in the Republic of Palau, a group of 300 islands east of the Philippines.

The storm has one New Zealander already headed to the Philippines to help out.

Graeme MacDonald is one of the seven-strong United Nations team deployed in the Philippines ahead of the storm, also known as Tropical Cyclone Bopha.  In the Philippines it is called “Super typhoon Pablo”.

Mr MacDonald is manager of the Northland Civil Defence Emergency Management Group and has been deployed as part of a specialist United Nations Disaster Assessment Coordination (UNDAC) team.

The Director of Civil Defence Emergency Management, John Hamilton, said the Philippines’ Government requested UNDAC support – such teams are only deployed when requested. Their role is to work with the country’s emergency management agencies and government to plan and manage international support.

UNDAC teams are highly trained, able to deploy within 24 hours, and must be self-sufficient so they do not burden the country affected by a disaster. They provide their own telecommunications, shelter, food and other resources as needed.

This team is made up of Mr MacDonald, two UN staff, and emergency management personnel from Denmark, Japan, Singapore and Thailand.

New Zealand has nine people trained to be deployed in UNDAC teams.