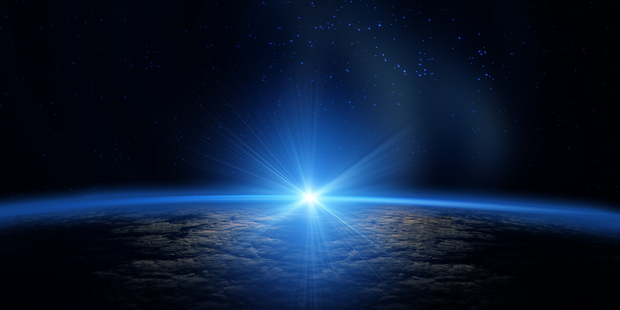 A team of leading scientists, including a Kiwi, have gazed beyond our planet to solve a mystery phenomenon tampering with winter weather patterns.

In newly-published findings, the team has discovered a chain of effects that begins in space and results in changes in wind patterns that impact temperatures on Earth.

They found energetic electrons from the Earth’s outer radiation belt were hitting the polar atmosphere below, causing a temporary but large loss of ozone up to 80km above the Earth’s surface.

The team believed this could explain changes in wind patterns that had been previously shown to raise or drop winter temperatures in the Northern Hemisphere by as much as 5C.

“This link between space weather, ozone loss and our own weather was not truly understood before,” said Otago University space physicist Professor Craig Rodger, who authored the study with colleagues from the Finnish Meteorological Institute and British Antarctic Survey.

“While the dominant effect is around the poles, those changes in turn can influence weather as far away as the sub-tropics.”

The variation in temperature was only seen during winter because of the complex linkages from space through to the Earth’s surface.

The scientists found frequent and large ozone depletions after radiation belt storms after studying data from three different satellites gathered between 2002 and 2012.

The measurements suggested that heightened electron precipitation during storms lasting a few days could temporarily reduce ozone in the upper atmosphere as much as 90 per cent.

The findings were exciting as they revealed how incoming electrons from space could affect ozone, and in turn polar weather systems, Professor Rodger said.

Forecasters could incorporate this new-found effect into models, possibly improving accuracy of seasonal predictions for both hemispheres.

* Storms in our planet’s outer radiation belt, tens of thousands of kilometres above the Earth, generate powerful energetic electrons.

* These are dumped into the polar atmosphere, causing a temporary but large loss of the ozone layer, at altitudes of up to 80km.

* During winter, the flow-on effect can cause changes in wind patterns and raise or drop temperatures in the Northern Hemisphere by as much as 5C.