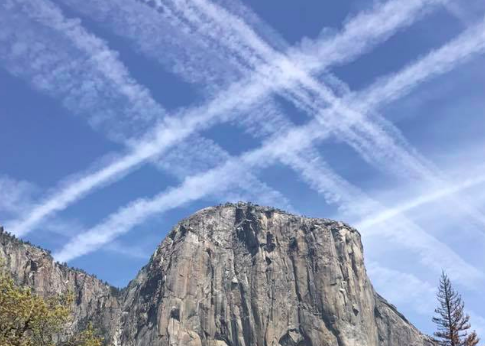 A New Zealander on holiday in the US captured some spectacular contrails while visiting California the other day.

Contrails are simply clouds that form when water vapor condenses and freezes around small particles that exist in aircraft exhaust. In New Zealand we get a few contrails, especially over the South Island from flights travelling high above us as they travel from the Americas to Australia for example. Aucklanders sometimes see trails formed by flights from Fiji to Christchurch (which fly over Auckland at high altitude).

Contrails are harmless – although after 9/11 when all flights were grounded in the US it was reported that air temperature rose by a couple of degrees due to the lack of contrails (clouds made by planes) in the sky.

The reason for the pattern is because aircrafts fly in designated highways and lanes in the sky – and with so much air traffic in the US it doesn’t take long in the right conditions to get a set up like this: 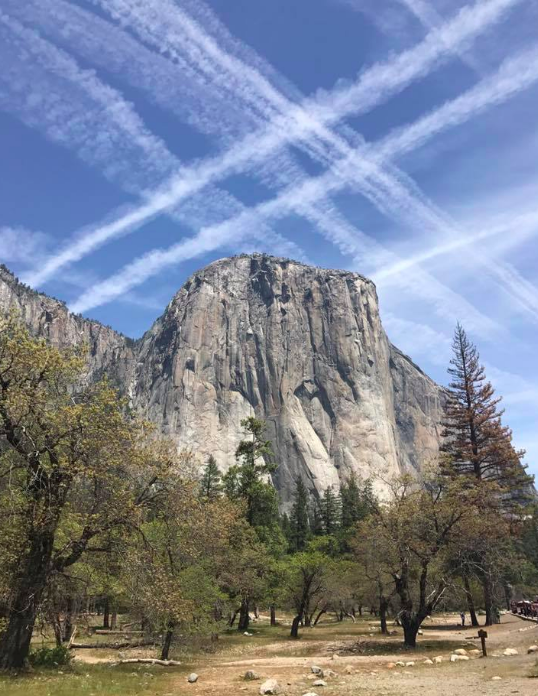 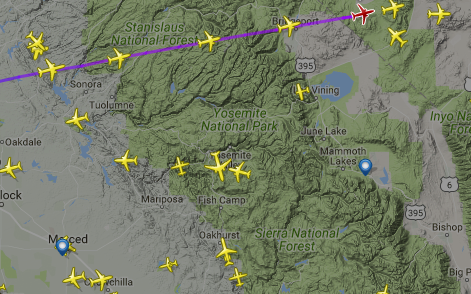 These are not typical ‘contrails’ (frozen exhaust vapour) which would normally evaporate within a few minutes. These have the appearance of ‘aerosol trails’ from aircraft using aerosol additives in the fuel (there are numerous patented aerosol additive systems), commonly referred to by the public as ‘chemtrails’. Prior to the 1990’s these ‘persistent’ trails were very rare, but are now common place due to aerosol spraying operations underway at full-scale in the US and Canada (since 1990’s) and the EU and UK a little later. Since 2009 this progamme of aerosol spraying has been underway in NZ and the Ministry for the Environment has disclosed it receives reports of these from the public on a regular basis, as does the Civil Aviation Authority.

Weatherwatch’s explaination of Ian’s photo’s as ‘contrails’ is simplistic and lacking any substantiating evidence, a common practice from the news media also. Anyone living in NZ prior to the early 2000’s will know that these types of ‘lingering’ trails were hardly ever seen. Refer to geoengineeringwatch.com for a more informed explanation for these types of ‘aerosol’ trails.