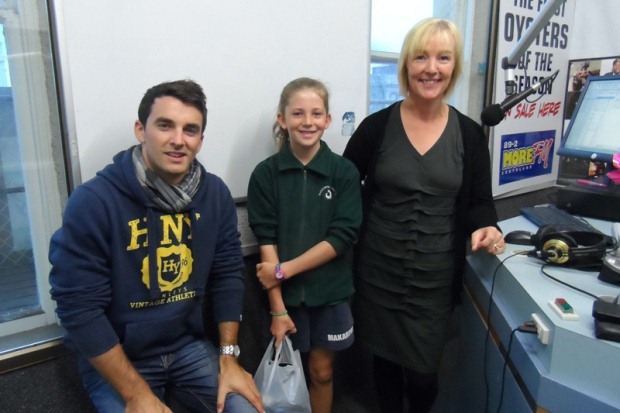 There are so many ways to try and describe the weather. We’ve tried to break it down to simple terms and kids of all ages might learn something with this one.We did!

What is weather?
The weather is just the state of the atmosphere at any time, including things such as temperature, precipitation, air pressure and cloud cover. Daily changes in the weather are due to winds and storms. Seasonal changes are due to the Earth revolving around the sun.

What causes weather?
Because the Earth is round and not flat, the Sun’s rays don’t fall evenly on the land and oceans. The Sun shines more directly near the equator bringing these areas more warmth. However, the polar regions are at such an angle to the Sun that they get little or no sunlight during the winter, causing colder temperatures. These differences in temperature create a restless movement of air and water in great swirling currents to distribute heat energy from the Sun across the planet. When air in one region is warmer than the surrounding air, it becomes less dense and begins to rise, drawing more air in underneath. Elsewhere, cooler denser air sinks, pushing air outward to flow along the surface and complete the cycle.

Why do mountains affect weather and climate?
There are two sides to a mountain: wayward and leeward. Whenever it is raining, the wayward side gets the rain. As a cloud goes up the mountain, it keeps raining until there is little water in the cloud. Now, as the cloud starts to go down the other side of the mountain, there is no more precipitation. So, the leeward side of the mountain doesn’t get a lot of rain at all, if any.
In Canterbury this is most obvious with Christchurch being relatively dry and the West Coast rather wet.

What is El Niño?
El Niño is a climate pattern where the water in the Pacific Ocean near the equator gets hotter than usual and affects the atmosphere and weather around the world. El Niño climate conditions occur every few years, and they are not predictable. El Niño is Spanish for The Little Boy. It refers to the Christ child and was named by Mexican fisherman, who noticed the climate pattern often formed around Christmastime.

In an El Niño year, the warmest water moves eastward across the Pacific. Thunderstorms disrupt the jet stream changing the weather pattern.

What is La Niña?
La Niña is sort of the opposite of El Niño. During a La Niña, the water in the same area along the equator gets colder than usual. This, too, affects weather around the globe and in the U.S. According to scientists, La Niña cycles generally create a more active hurricane season in the Atlantic.

What are the layers of the Earth’s atmosphere?
The atmosphere is divided into five layers. It is thickest near the surface and thins out with height until it eventually merges with space.

Troposphere: The troposphere is the first layer above the surface and contains half of Earth’s atmosphere. Weather occurs in this layer.

Stratosphere: The stratosphere is the second layer of the Earth’s atmosphere. Many airplanes fly in the stratosphere, because it is very stable. Also, the ozone layer absorbs harmful rays from the Sun.

Mesosphere: The mesosphere is the third layer of the Earth’s atmosphere. Meteors or rock fragments burn up in the mesosphere.

Thermosphere: The thermosphere is the fourth layer of the Earth’s atmosphere. It’s the layer with auroras and where the space shuttle orbits.

Exosphere: The exosphere is the fifth and last layer of the Earth’s atmosphere. This is the layer where the atmosphere merges into space. This layer is extremely thin.

What is ozone?
Ozone is a natural gas that is found in two different layers of the atmosphere. In the layer around the Earth’s surface, otherwise known as the troposphere, bad ozone dirties the air and helps make smog. The troposphere extends up to the stratosphere layer, where good ozone protects life on Earth by absorbing some of the sun’s UV rays. Stratospheric ozone is found most often between 10 to 40km above the Earth’s surface.

What is the ozone layer?
The ozone layer forms a thin shield high up in the sky and is located in the stratosphere. It protects life on Earth from the sun’s ultraviolet rays. In the 1980s, scientists began finding clues that the ozone layer was going away or being depleted. This allows more UV radiation to reach the Earth’s surface. This can cause people to have a greater chance of getting too much UV radiation. Too much UV can cause bad health effects like skin cancer, eye damage, and get you sick easier.