Home > News > Just what exactly is a heatwave? Here...

Just what exactly is a heatwave? Here’s how it is defined: 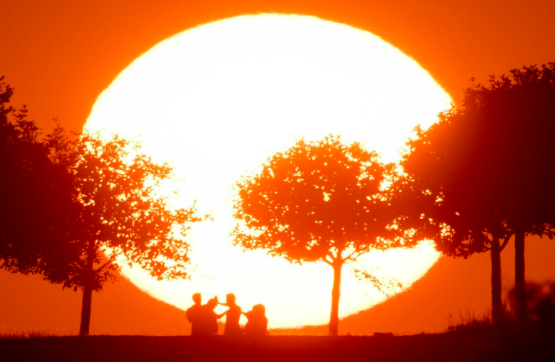 New Zealand has recently had a heatwave – and now a large portion of Australia is being affected by heatwave conditions this week. But are all heatwaves the same? Are they worth all the attention, or are they just normal summer weather? And can a heatwave be relative to where you are? Weatherzone digs down and explains:

Heatwaves are extended periods of hot weather that are capable of causing heat stress to people and infrastructure.

The Bureau of Meteorology describes heatwaves as three or more consecutive days where both daytime and nighttime temperatures are unusually high for a location at that time of year. Their definition also takes into account weather conditions during the weeks preceding a heatwave, as this too can influence heat stress.

In Australia, heatwaves are classified into three categories. These are low intensity, severe and extreme heatwaves.

Low intensity heatwaves are fairly common between October and March and most people are able to cope with these conditions.

Severe heatwaves are likely to cause discomfort and stress in vulnerable people, such as the elderly and those with pre-existing medical conditions.

Extreme heatwaves are the least common and most dangerous. These events can adversely affect the health of anybody and can reduce the effectiveness of infrastructure, such as power and transport networks.

Heatwaves can also increase the risk of dangerous bushfires, particularly if they are combined with dry air, strong winds or thunderstorms.

Sadly, heatwaves are the most deadly natural hazard in Australia and have caused more deaths than tropical cyclones, bushfires or floods. During the Black Saturday bushfires in Victoria during 2009, more than twice as many lives were lost due to the hot weather than the fires themselves.

So, while heatwaves are common in Australia and happen each summer, they are important to understand and you should know what to do when they occur.

During heatwaves you should drink plenty of water, take steps to keep yourself cool, avoid unnecessary exercise and time in the sun, check on the condition of friends and family and have a plan to act on in case you start to feel unwell.