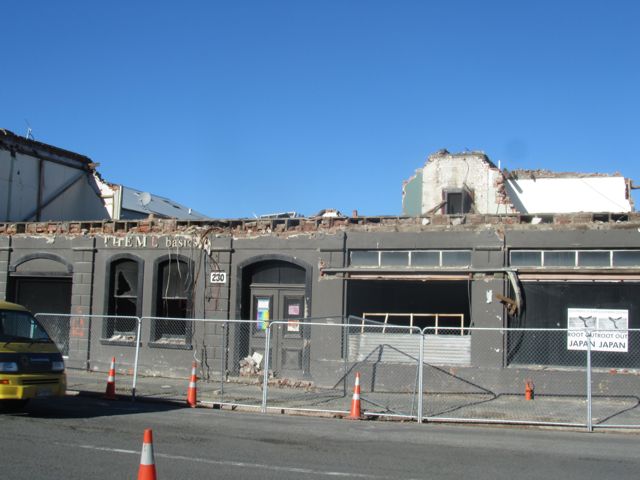 Earthquakes that hit Christchurch on the 13th of June have hit businesses hard in High Street and demolition may be the only answer.

Earthquake Recovery Minister Gerry Brownlee says the bid to save one of Christchurch’s historic streets has been killed by the strong tremors.

Before February’s earthquake, High St was a funky inner-city shopping area which had bucked the trend towards suburban malls and was humming with shoppers.

Most of the area has been cordoned-off since the quake, but a group of building owners hoped to establish a historic precinct.

The strongest aftershock to hit the city and Canterbury region this week was on Thursday evening when a 4.4 magnitude quake struck behind Oxford in Lees Valley and was centred 12km deep.