July proves wintry for some 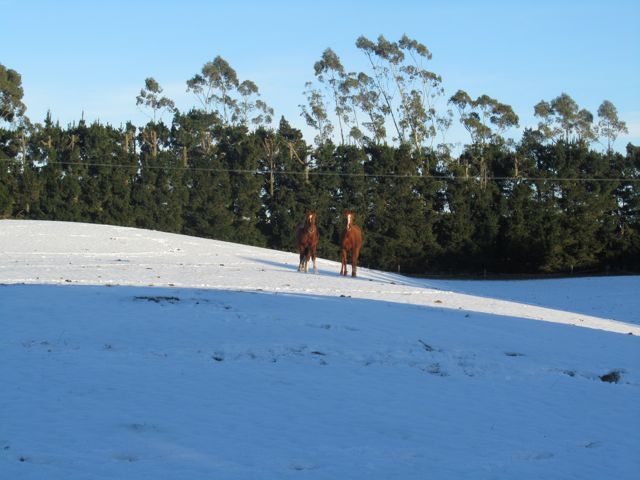 Earlier this week a very cold southerly poured itself over the country and some centres certainly felt the raw cold more than others.

Frosts were severe following the cold snap and temperatures of minus 7 and 8 degrees were felt in inland and eastern areas of the South Island, although they were not record breakers.
Even though Timaru recorded an air temperature of minus 7 on Tuesday morning, the remainder of the week saw highs for the South Canterbury city of an almost tropical 17, 18 and 19 degrees.

With just this weekend remaining it appears that no further extremes should be experienced up and down the country but time will tell.

*NIWA provided some of the stats

Did anyone see that massive shooting star with the tail a few minutes ago in the Northern Sky? Or a meteorite or a piece of plane or satellite or something.

Hi, I just read this from skymaps, and no I didn’t see it, though wish I did. I am always scanning the skys for shooting stars, but seldom see one:)