Japan’s tsunami a wake up call for Northland 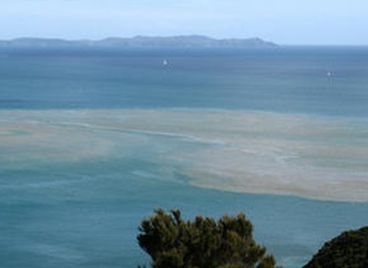 Japan’s tsunami has been a wake up call for those living on the Northland coast.

Far North District Council civil defence coordinator Bill Hutchinson has been talking with a number of communities who are concerned about what they would do if a similar tsunami struck.

He says one of them is the isolated Te Hapua, which is 20 minutes from Cape Reinga.

“That community doesn’t have any emergency services, they’ve only got the people that live there and that’s a bit of an at risk zone,” he told Newstalk ZB.

Mr Hutchinson says Civil Defence is working with those communities to make a plan for who would take charge of things like food, shelter and clothing during an emergency.

Both with the Japanese tsunami this month and the Chile one last year Tutukaka harbour received very strong currents which almost sunk boats.

The Chilean tsunami was captured on film last year as the brown waters churned into Mangonui harbour.

These exclusive photos, sent in to WeatherWatch.co.nz by CH Davis, show the violent water churning off the normally calm coast at Mangonui then heading into Mangonui harbour.