Japan: Tokyo wakes up to first November snow in over 50 years 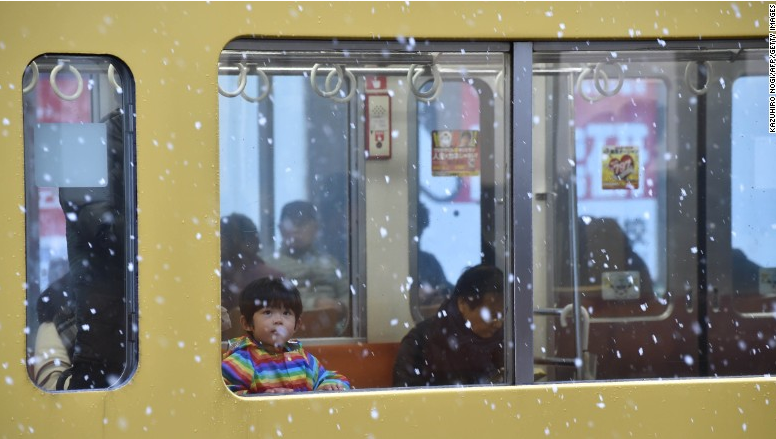 Winter arrived early in Tokyo this year as the Japanese capital woke up to snowfall in November for the first time in over five decades.

An unusually cold air mass passing over the city pushed temperature down 10 degrees Celsius overnight — from an average of 11Â°C to 1Â°C.
The Japan Meteorological Agency said it was the first time snow had fallen in November in central Tokyo since 1962, according to NHK, the country’s national broadcaster.
Surprised city dwellers shared pictures and videos of the rare weather on social media.
Snow will not stay for long
But while Tokyo’s first snowfall — known as “hatsuyuki” — arrived earlier this year, it will not stay for long.
As the cold air mass leaves Japan, the weather experts from NHK said sunnier conditions would prevail through Friday.
It may be another 50 years until Tokyo sees snow in November again.
– Image / CNN/Getty
– Read the full story here from CNN – and photos