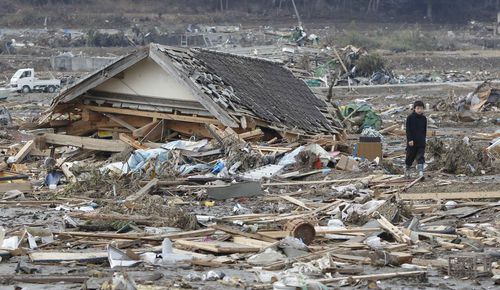 People in Japan will pause this evening as the nation marks a year since a huge earthquake and tsunami killed 19,000 people and changed the lives of hundreds of thousands more.

Recently Christchurch paused for 2 minutes silence following the tragedy of February 22nd last year as the city and parts of New Zealand paused to remember.

At 6.46pm NZT time this evening trains will stop, shoppers will stand still and people throughout the archipelago will fall silent to mark the exact moment nature’s fury was visited on the nation, when the 9.0-magnitude quake set off a catastrophic chain of events.

A national ceremony of remembrance in Tokyo will see the Prime Minister and the emperor leading silent prayers for those who lost their lives in the country’s worst post-war disaster.

Small rural towns along the coast that were turned to matchwood when the tsunami rolled in, smashing whole neighbourhoods and wiping out communities, were set to hold their own emotional ceremonies.

In Ishinomaki, the families of some of those who died were due to visit graves, where they would be leaving flowers in memory of lost loved ones.

Keishitsu Ito said that this evening would be an intensely sad occasion for him.

“My wife was washed away by the tsunami. I will put these flowers on her grave,” the 80-year-old said.

In Fukushima and the nearby city of Koriyama, tens of thousands of people were expected to gather in anti-nuclear protests, calling for the end of atomic power in the wake of the crisis at Fukushima Daiichi.