ITM Cup weather for Round One 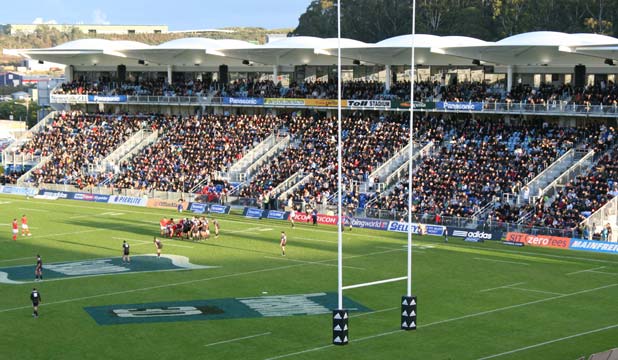 It’s a busy weekend for Round One of the NPC ITM Cup and already 2 matches have been played with Otago and Waikato picking up the most points.

Today in Palmerston North, Manawatu take on Hawkes Bay and the weather should be mostly sunny with just a few clouds and a sou’ west breeze, so conditions seem ideal for a kick off  time of 2.30 afternoon.

Whangarei is hosting the match between Northland and Tasman and skies could be threatening with potentially a few heavy showers about, which could make conditions greasy with the ball and also slippery underfoot. Winds could also be a factor as they blow in from the sou’ west.

New Plymouth is the scene of Taranaki hosting Wellington tonight and many pundits are expecting a tight clash.
There’s the risk of a shower or 2 as the match gets underway this evening with the wind starting to pick up from the sou’west however WeatherWatch believes a majority of the showers should have moved through by this evening.

Tomorrow the ITM Cup rolls into Auckland with the red and blacks taking on the home side.
Overhead conditions should be mostly dry with a coll southerly breeze at times and later in the day, Counties Manakau play Bay of Plenty in Pukekohe with mostly settled weather predicted and southerly breezes again making their presence felt.

Some grounds have been or are still slippery after soggy skies affected a number of grounds this week.
Potentially the wettest match for the remainder of the weekend appears to be Whangarei with some beefy showers lurking later today.