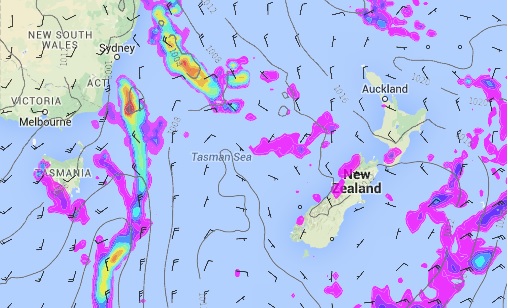 There are a couple of systems which will influence the country through today – though neither will impact too heavily or cause many problems in either island.

Some fog this morning about the upper North Island could cause issues but will most likely burn away by mid to late morning.

Isolated rain may develop late afternoon and into evening about inland Southland and Otago which could bring a heavy shower or two – but thatâ€™s about it.