Is there a tornado risk today? 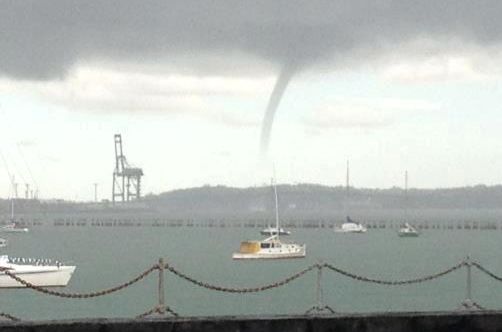 An unstable air mass remains over the upper North Island today which is likely to generate some large scale showers this afternoon and evening.

These clouds could create thunderstorms – and according to MetService some may even be severe.

These unstable clouds can produce funnel clouds which, if they touch the ground or water, can form a tornado/waterspout.

WeatherWatch.co.nz says the ingredients are there but, like yesterday, it’s very tricky to pinpoint where they might form.

At this stage we think there is a moderate chance of one forming today – but any formation is likely to extremely isolated.

The chance of a repeat performance in Auckland, statistically speaking, is even lower.

We advise residents in the upper North Island to be vigilant today – but to realise the risk, overall, is low of one forming near where you are.

Should you see one coming towards you the advice is to quickly get indoors in a small room without windows and wait for it to pass before heading outside again.

There be some big black clounds starting to form around Auckland..

Yeah same in Napier I saw a cloud that looks sort of like a funnel cloud and some clouds that sort of look like a wall cloud starting to form in rural areas.