Is summer coming back? 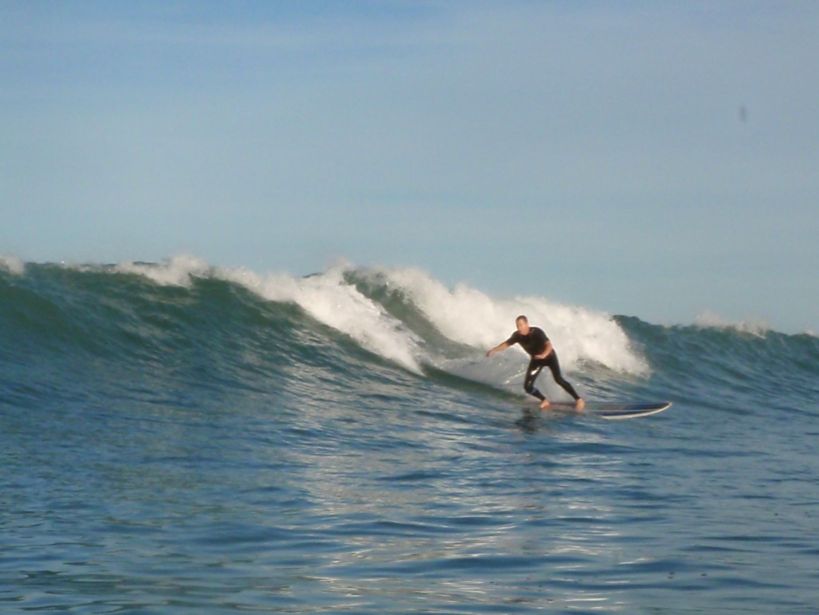 Rain, rain go away – the soggy December and wet, humid kick off to 2012 for many regions appears to be ruining summer for many people.

WeatherWatch.co.nz has been fielding comments for weeks now as readers vent their frustration at the weather conditions – that is unless you’re from Southland and Otago, where it’s been hot and sunny for weeks.

Torrential at rain over recent days has seen camp grounds flooded, tents soaked and sunbathers wondering when they’ll get a chance to actually bathe in the sun.

The recent weather has had all the hallmarks of La Nina.  La Nina is just one driving force of our current weather but the warmer than average sea surface temperatures off the coast of Queensland has been feeding us lows and rain bands for a number of weeks now – targeting those northern regions of both islands, which are traditionally our most popular holiday destinations.

And it hasn’t just been any rain.

It’s been torrential and record breaking at times.

As much as many of us love to turn over a new leaf in the New Year, the weather knows no difference.  But the week ahead looks significantly sunnier, drier and calmer as a high moves in from the west.

It will push the remnants of ex-cyclone Fina well out to our east.

However with so much rain fallen recently, we can expect some afternoons to get a little steamy – and that could produce some of these afternoon showers that those in the North Island in particular have become used to so far this summer.

And in the deep south, the hot summer weather continues inland but a few showers are possible later in the week as a front brushes by.

All in all the first week of January should be a lot more summer-like than the last week of December was.

The next wet day nationwide appears to be around January 11th, according to the long range models.  So we’ll keep you posted on that.

In the meantime – Happy New Year to all of you, from all of us.

Summer doesn’t really arrive until February anyway does it? I don’t know why we have to take our annual holidays at the end of December and into January – it’s not when the lovely hot weather is here. Feb/March/April/May are always the best months.

I don’t know if cyclone Fina knows that she’s supposed to have been pushed well out to the east. But even if she has, she’s still left her children behind to keep things wet for us – we haven’t had one single day without rain here in Katikati since Fina arrived – even with the supposed High having supposedly moved in. This has to be the worst summer I can remember in years. So much for Niwa forecasts for a warm dry summer – we even had a fire a couple of days before xmas it was that cold!

Still no rain down here. I see NZ MET. Service is forecasting rain and then showers for us on Thursday and Friday. To date these past two weeks their rain/showers forecast for us have been greatly overstated – will it be another “overkill” for us again? believe it or not we do need rain badly down here. It seems that La Nina weather effects for us are holding true – tell NZ Met. Service to pay attention!

is everyone forgetting that we had a VERY late start to winter this year….. Sooooooooo the seasons and the weether in a sense is reciprocal, it’s just playing catch up.

Are you an NZ Met. Service employee?? My criticism of NZ Met Service is legitimate and highlights shortfalls especially for us in the deep south. If you are not may I suggest you keep your ignorant comments to yourself!

This comment, which you obviously read as criticism of your comment which is displayed immediately above, was actually posted a couple of hours earlier than your comment and is completely unrelated.

At least all this rain has meant that I haven’t had to lug hoses and sprinklers around since once early in December after all those windy days had dried everything out so much! That thought is all that’s been keeping a smile on my face over recent rotten “English summer” days.

Happy New Year to everyone though, together with much appreciation of all the good work done by Weather Watch personnel.

HIGHS and/or LOWS don’t seem to make much difference for the upper North Island…just seems to be crappy for most of the time. This is the worst Spring/Summer so far that I can remember…50+ years.

It’s certainly the worst spring/summer I’ve experienced since arriving in NZ mid-January 1957. Lived in Wellington till 1973, since then in Auckland, and never wearing such un-summery clothing at this time of year before.

What were the December rainfall totals for the main centres and the popular holiday spots? Have we broken any records?