Is snow going to be the next problem? 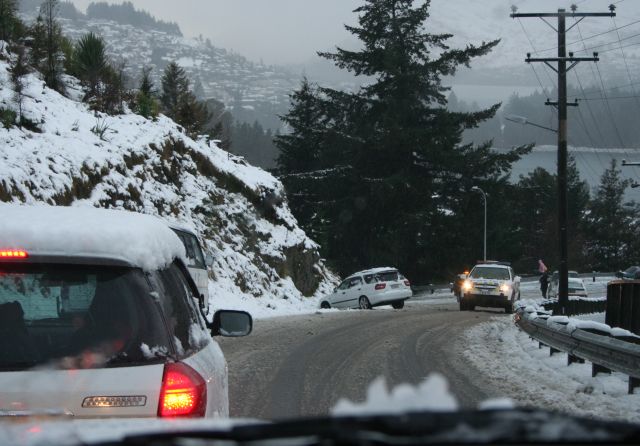 The current stormy weather affecting New Zealand is proving to be almost a carbon copy of the big September storm last year says WeatherWatch.co.nz – right down to the snowy ending.

Latest predictions by both WeatherWatch.co.nz and the government forecaster Metservice show a snowy few days ahead for Southland and Otago.

However it remains marginal if the snow will be heavy enough to cause widespread problems in Invercargill and surrounding communities.

The latest weather data does point towards snow, possibly heavy, in Southland across Thursday with lighter falls, or sleet, over Wednesday and Friday.  Thunderstorms are also possible overnight Wednesday as the colder southerly change arrives.

It’s still unclear if the snow will be as heavy as it was in September last year, when half a million lambs were killed.  The timing of this snow event is better being in the middle of winter and not the start of spring when lambing is well underway.

And latest forecasts are now pointing towards some snow flurries across Canterbury.  Our weather data for Timaru, which has proven to be fairly accurate over the years, is picking flurries in the area on Thursday night or Friday morning.  The good news for people in Canterbury – and specifically Christchurch – is that precipitation amounts look low at this stage, meaning snow, sleet and/or hail shouldn’t cause too many headaches.

But the wind chill could pose a problem for those with no, or limited, electricity.

As with any wintry storm we have to monitor conditions closely as forecasts, particularly with snow, can be very tricky here in New Zealand due to our surrounding oceans.

Metservice on Tuesday said they have “moderate confidence” of issuing a heavy snow fall warning for Southland on Thursday.

WeatherWatch.co.nz will update again later on Wednesday as the snowy end to the stormy weather moves in.

Hi Phil
I was looking at long range forecast maps on ECMWF website. The models picked up an interesting sub-tropical low (based on isobars a reasonably strong cyclonic system) coming very close to northland and possibly Auckland around Friday next week. I am sure your website will be the first to forecast on its impact and just wanted to get your views on this new system and its threat to upper North Island

Hi there – Yes we’ve been monitoring the models for a few days on this new low.  We’ll likely have a story about it on Thursday afternoon, as we want more data first.  But certainly looks like a low (most likely sub-tropical) will form to our north west and could bring rain or gales to northern NZ on Wednesday.

Today’s modelling shows it as a more aggressive system than yesterday.  So tomorrow will be interesting to see if it backs down or maintains the current forecast.

Philip Duncan touches on it in his latest Herald video which we’ll put up this afternoon on our homepage.

I feel for those poor frozen soles in Invercargill who are suffering with the westerly gales and temps just above freezing, that wind chill will make it seem much colder.

I see there is rain in both Blenheim and Nelson but the tempuratures there are 4c and 5c respectively, that snow line must be very low on the hills this morning.

A yukky morning here in Porirua, gale Norwester and horizontal rain, Jack the Lab is inside so he is happy.