Is Rena’s oil slick to blame for whale death? 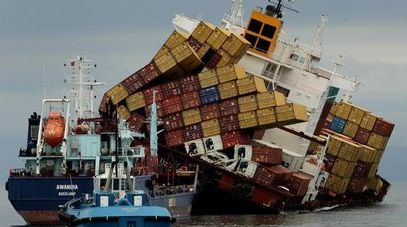 It’s possible oil from the stranded cargo ship Rena had something to do with the death of a whale says NewstalkZB.

Staff from the Department of Conservation and volunteers managed to refloat two adult Gray’s Beaked whales which washed up at Papamoa beach.

But a juvenile whale died.

DOC says it’s not clear if oil is to blame.

There’s no evidence on the dead whale’s body, but a post-mortem is being carried out.