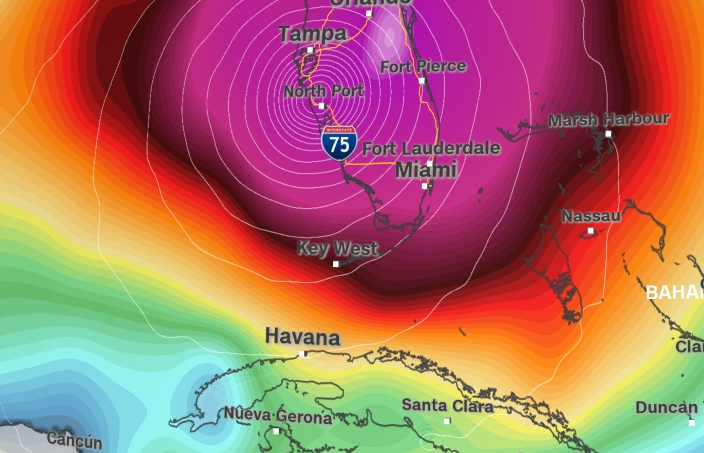 Update 9:39pm — As we head into Sunday NZT Hurricane Irma has weakened very slightly, due to interacting with Cuba’s landmass. The weakening is very small – dropping just 10km/h overall with sustained winds – but enough to drop to Category 4.

Irma is currently skirting northern Cuba with the eye making landfall as a Category 5 Hurricane along northern Cuba Saturday afternoon NZT with sustained damaging winds of 260km/h and gusts near 300km/h. Being the middle of the night it’s unlikely we’ll know damage in Cuba until across Sunday and Monday.

Irma is expected to slam Cuba for the rest of tonight and earrly Sunday NZT to the north and in the past few hours Hurricane Irma has begun her slow turn to the north towards Florida’s Keys.

The Keys are very low lying sandy islands that are barely above sea level. US forecasters say “no where is safe” in the Keys as Irma approaches. The storm is so powerful it may entirely remove some islands where homes are. It’s happened before.

Irma will begin to severely hit Florida anytime from Sunday PM NZT, but most likely across Monday and Tuesday as it tracks up the state.

At 3am in Florida on Saturday local time and the latest traffic map from Google shows traffic is still moderately heavy with traffic heading north of Tampa and Orlando into the state of Georgia the heaviest. Georgia is also expected to receive flooding rains from Irma, which means many of people escaping may not be escaping all the issues in the days ahead. 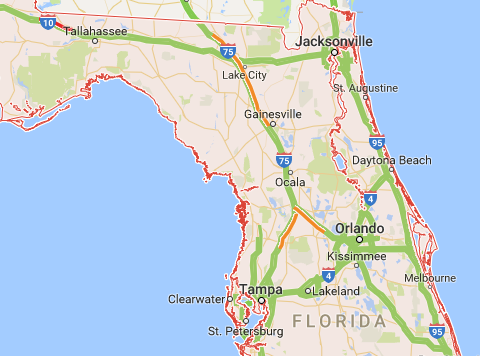 If Irma remains out to sea then the storm will remain strong – if the centre crosses land it will weaken, however it’s important to note much of Florida has water/marshland/Everglades and this very low lying wetland may not cause as much weakening of Irma as some might want.

WeatherWatch.co.nz will continue to cover this historic storm across Sunday and into next week.

Hi to the team at WeatherWatch,
with your knowledge of the phenomena, what is the chance of a ground track deviation that could see Irma track more west and thus put the Geopolitically significant port of New Orleans at risk of closure?

Hi there – unsure what criteria they have to close shipping. Irma has some chances of slinking further west, even some chances (low) that Alabama may be affected, but for now it really does appear that Florida is the high risk. If Irma slides west of Florida then we’re dealing with a whole new ball game, but so far that isn’t the forecast.

What causes the change of direction?

Is it the Coriolis Effect?

Hi there Chris, thanks for the question – yes and no to it!  All tropical storms begin tracking from east to west in both hemispheres and then at some point later on in their life they usually turn to the poles and pull back east again (SE in the Southern Hemisphere, NE in the northern hemisphere). Higher air pressure also guides them. Think of it this way – as air pressure goes up it’s a bit like a topographical map and the land rises…the hurricane takes the path of least resist, like a river between hilly areas. (in this case higher air pressure equals the ‘hilly areas’). Because air pressure is always moving (unlike actual hills!) it can be hard to perfectly lock in when turns happen but for the most part computer modelling it getting much better and much more accurate.