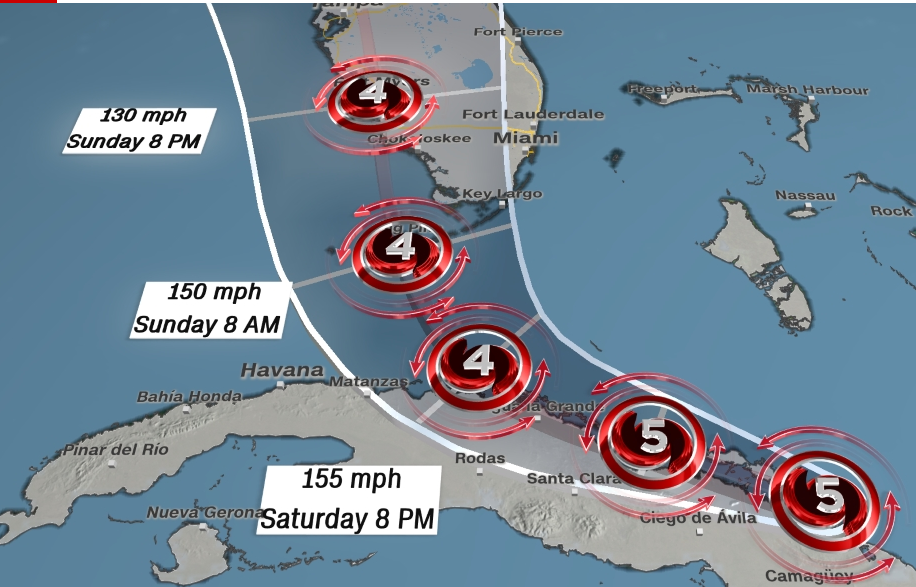 UPDATED 3:45pm Saturday NZT — Hurricane Irma is skirting north Cuba with the eye making landfall there a short time ago – incredibly, the interaction with Cuba has not weakened the system with Irma also regaining power back to Category 5, as we mentioned this morning.

Irma is expected to slam Cuba for the rest of today, before heading into more open waters on Sunday NZT. Overnight Sunday NZT and across Monday and Tuesday (and perhaps Wednesday) we expect Hurricane Irma to be hitting Florida and then other US States as it finally starts to fall apart over land.

*Earlier story from 6:41am below via CNN…

Hurricane Irma began battering parts of Cuba and the central Bahamas on Friday afternoon after leaving a trail of devastation in the Caribbean, while an anxious South Florida and Miami prepared for what could be a major hit by the weekend.

Irma, now a Category 4 storm with sustained winds of 250km/h (down from Category 5 with winds sustained at 300km/h), slammed the Turks and Caicos and southeastern Bahamas Friday before its powerful core headed between northern Cuba and central Bahamas.
At least 24 people were killed this week as Irma pummeled northern Caribbean islands such as Barbuda and the Virgin Islands. In Puerto Rico, hundreds of thousands of people — nearly 70% of the US territory’s utility customers — were left without power, the governor’s office said.
Irma is expected be near the Florida Keys and South Florida by early Sunday as at least a Category 4 hurricane, and many residents there are moving inland or to shelters. Some counties are under evacuation orders, but “all Floridians should be prepared to evacuate soon,” Gov. Rick Scott said Friday.
“Today is the day to do the right thing for your family. Get inland for safety,” Scott said at a news conference. 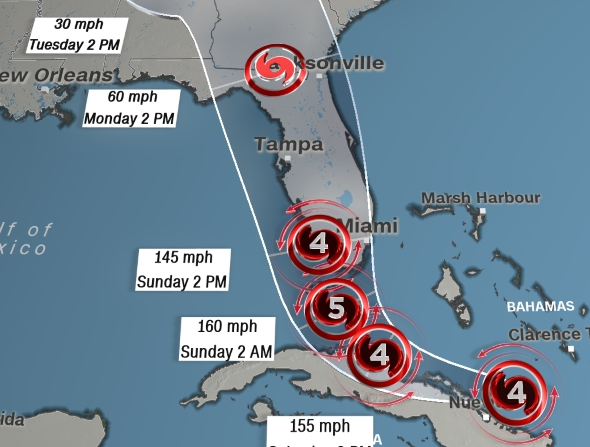