Home > News > Irish eyes are smiling despite the weath...

Irish eyes are smiling despite the weather 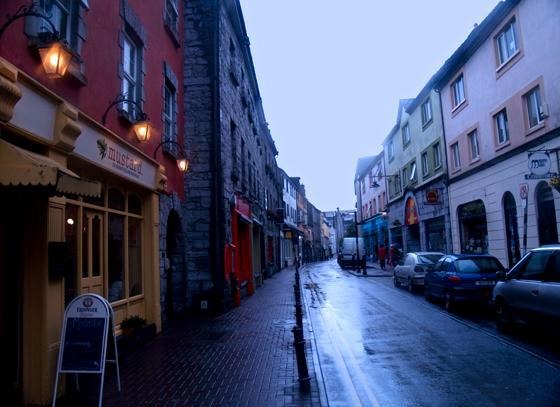 In this part of the world sometimes we associate mood swings when prolonged dreary conditions take hold for days or weeks on end however for the Irish, who often see murk for extended periods, that doesn’t appear to be the case.

The hackneyed phrase is that if Ireland “only had the weather” it would be a great little country but a Trinity College Dublin psychologist says that the often dismal climate has little bearing on the happiness levels of Irish people.

Prof Malcolm MacLachlan in a free public lecture in the Manor House Country Hotel at Killadeas, Co Fermanagh, said that Ireland “is one of the happiest countries in the world”.

Prof MacLachlan based his assertion on a “national happiness experiment” he and research student Karen Hand conducted last year at the height of Ireland’s austerity with more than 3,300 girls and boys, men and women from all over Ireland aged 10-80 and with an average age of 44.

The results contained in their book Happy Nation? showed that on average Irish people scored 6.8 on a 10-point happiness and life satisfaction scale which, said Prof MacLachlan, was quite high compared to others countries around the world.

“And the weather is not the root of all Irish problems,” Prof MacLachlan said. “During the experiment, there was plenty of weather and much of it was bad . . . amazingly there was no statistically significant relationship,” he said.

Homepage image of a damp Galway but despite the conditions the Irish keep smiling.