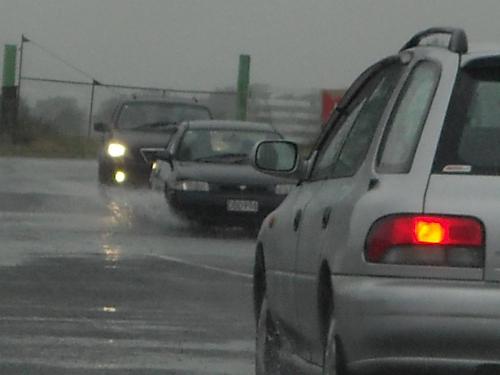 The Special Report on Managing the Risks of Extreme Events and Disasters to Advance Climate Change Adaptation (SREX) is the culmination of over three years’ work by a team of over 80 experts from around the world who have assessed thousands of pages of relevant literature. The report documents evidence that some weather and climate extremes have already changed as a result of human activities, and provides projections of how extremes are likely to change in future. It considers impacts and examines how risk management and adaptation to climate change can reduce exposure and vulnerability. It gives decision-makers a firmer basis for planning and prioritising action.

Dr David Wratt, Chief Scientist at NIWA’s National Climate Centre and Director of the New Zealand Climate Change Centre, was a member of the New Zealand delegation at the Joint Session of the IPCC Working Groups I and II and the IPCC Plenary in Uganda this week, where the Summary for Policymakers was finalised and the underlying report accepted. Two New Zealand scientists were members of the author team for the Report: Professor Glenn McGregor of Auckland University and Associate Professor John Campbell of Waikato University.

Using observations gathered since 1950 as evidence, the report concludes that globally it is very likely that there has been an overall decrease in the number of cold days and nights, and an overall increase in the number of warm days and nights. It is likely that more regions have experienced increased numbers of heavy precipitation events than have experienced decreases.

It is likely that there has been an increase in extreme coastal high water related to increases in mean sea level. There is medium confidence that some regions of the world have experienced more intense and longer droughts, in particular in southern Europe and West Africa – but in some other regions, including central North America and northwestern Australia, droughts have become less frequent, less intense or shorter.

Among the trends considered most likely in the 21st century are more warm, and fewer cold, daily temperature extremes across the globe. It is “very likely” (90–100 per cent confidence) that the length, frequency and/or intensity of warm spells, including heatwaves, will increase over most land areas. It is also very likely that rising mean sea levels will contribute to upward trends in extreme coastal high water levels in the future.

The SREX notes a “likely” (66–100 per cent confidence) increase in the frequency of heavy precipitation events throughout the 21st century over many areas of the globe, particularly in tropical and high latitude areas, but with strong regional variation. It is also likely that mean wind speeds in tropical cyclones will increase. There is medium confidence that droughts will intensify in the 21st century in some seasons and areas, including southern Europe and the Mediterranean region, central Europe, central North America, Central America and Mexico, northeast Brazil, and southern Africa.

Stop lying. The report also says that the changes you list here are likely attributable to natural climate variability (see quote above).

Medium confidence, for the IPCC, means 50/50 odds. That’s called hedging. I have “medium confidence” that if I pray, the thing I’m praying for will happen.

Apparently the report quotes as follows :
“Projected changes in climate extremes under different emissions scenarios generally do not strongly diverge in the coming two to three decades, but these signals are relatively small compared to natural climate variability over this time frame. Even the sign of projected changes in some climate extremes over this time frame is uncertain”
So what are we all worrying about !!

…scaremongering, control, money-making, even more control, rich getting richer, taxing the weather, you name it…gently massaging and teasing your wallet to extract yet even more of whatever little you may have left in the name of supposedly controlling what the world’s climate has been doing since year dot.