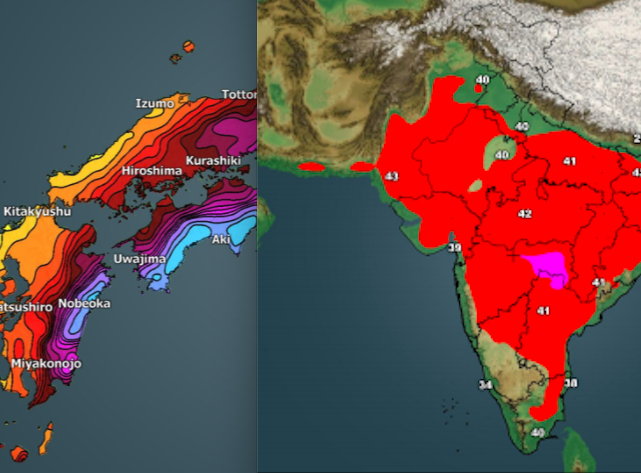 High temperatures are coming for India, more heavy rain for Japan and a huge high pressure system for Australia and NZ means a lot of dry weather in the week ahead.

Here’s a quick glance at the weather stories make the news this week around Asia and the Pacific.

Each week WeatherWatch.co.nz will now be using our international partners to bring you more global weather headlines, especially from Australia, Asia, across the Pacific and North America. 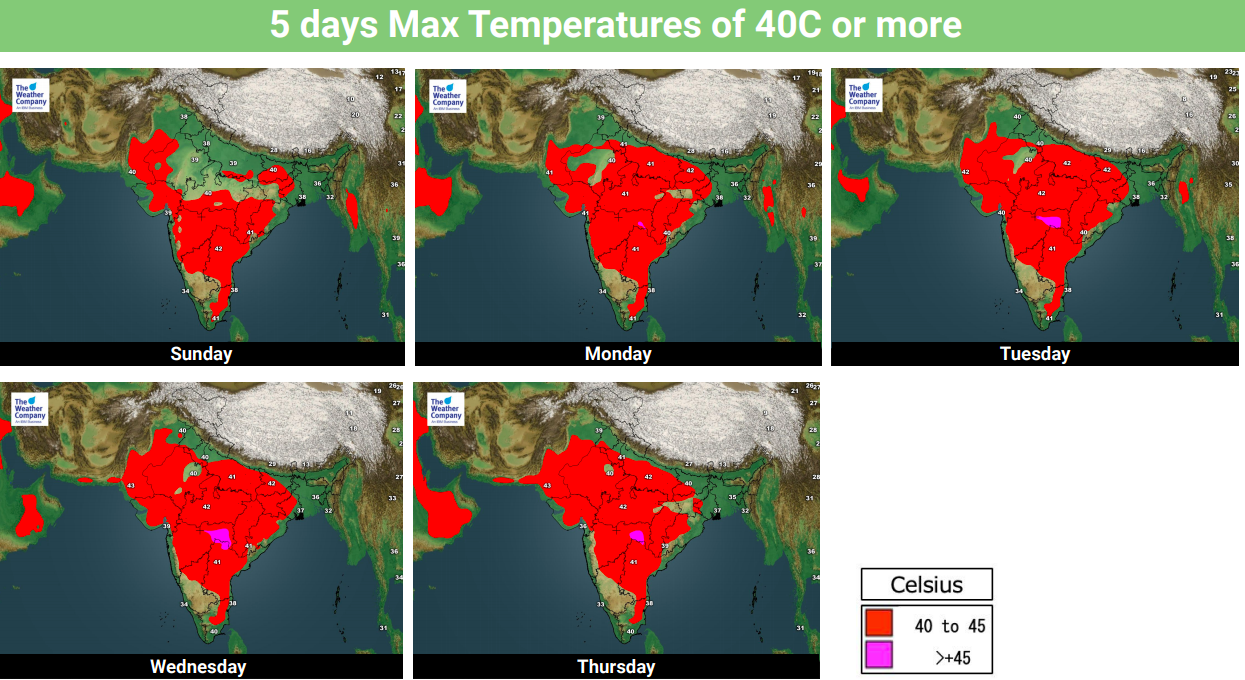 Persistent high pressure over the Pacific Ocean finally pulls away eastwards this week allowing low pressure to advance into Japan. Moderate to heavy rain starts initially over South Korea, Kyusyu, Cyugoku, and Shikoku and spreads into eastern and northern Japan across Monday and Tuesday. Some heavy rain will remain into Wednesday.

Down south and Miyazaki will experience very intense rainfall rates of 100 mm/12 hours on Monday morning and Kouch and Nansei Islands also 100 mm/12 hours across Monday. Thunderstorms are very likely to accompany the rain. Yakushima already received an incredible 450mm (almost half a metre of rain!) on Saturday. Due to huge rainfall totals there is a risk of flooding, mudflow, rock fall and other landslides during and immediately after rain in these areas.

Heavy rain is also likely in some pockets of Tokushima, Mie, Gifu, and Aichi from Monday evening to Tuesday morning and Shizuoka on Tuesday. 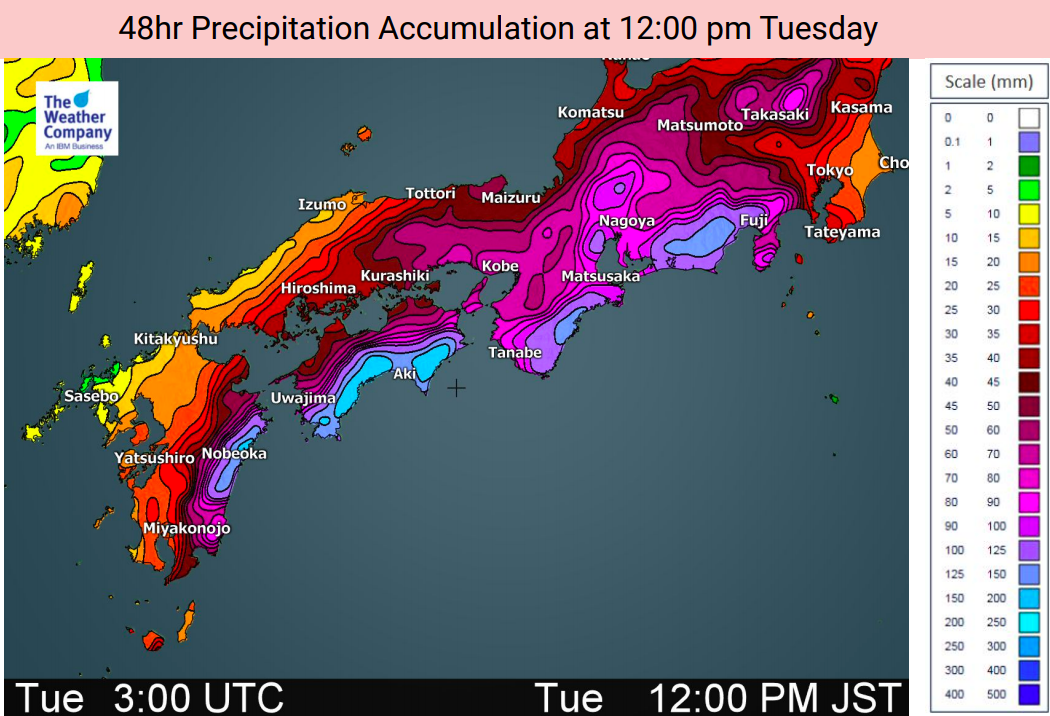 An enormous belt of high pressure is forming this week across Australia, the Tasman Sea and northern New Zealand. Roughly it will cover a distance from west to east of 9000kms (but the anticyclone isn’t very large from north to south, allowing some rain to track into the western South Island of New Zealand and Tasmania in Australia.

This huge area of high pressure is due to two anticyclones merging and creating a much drier than normal weather pattern for the next several days.

– Maps courtest of IBM/The Weather Company and the US Government.