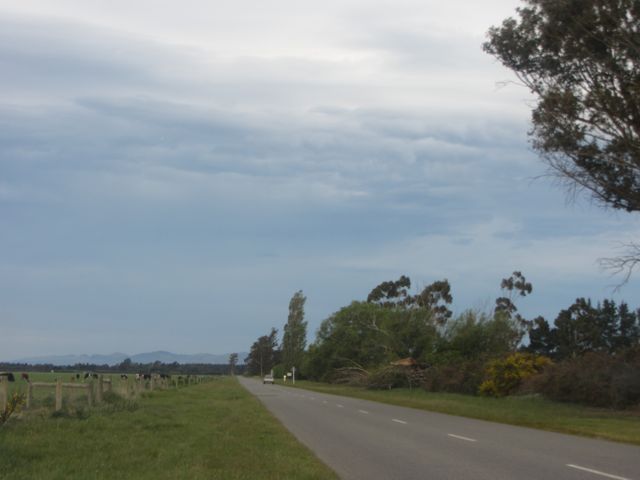 The biggest feature today seems to be cloud build ups and inland patchy showers this afternoon as a result of daytime heating.

Tuesday seems to be fairly inane for much of the country with sunny and cloudy areas with the risk of early drizzle about northern and western areas of the South Island.

Temperatures this morning are coolest over inland areas of the southern half of the South Island but much of the Mainland have remained in double figures overnight.

The North Island is basically shower free first thing this morning and Auckland is the warmest centre on fifteen degrees.The city of sails should see the mercury climb into the low 20s with pleasant conditions expected for most of the day and just cloudy areas this morning.

“Today looks as if it won’t show many surprises but quite a few places should see sunny skies with just a few cloudy areas” says weather analyst Richard Green.” Apart from some showers forming this afternoon across inland areas of both islands Tuesday should get a pass mark for many areas”.

The weak southerly change that moved up eastern areas of the South Island late yesterday failed to give much precipitation as it moved into Christchurch.
After topping 26 degrees yesterday cloud moved in over the city last night and the temperature dropped however the accompanying showers broke up south of the garden city.

Despite a few showers dotted over inland areas conditions appear to be warmest across the interior today and not too much wind is expected.

Image of a dry southerly over Canty by R.Green