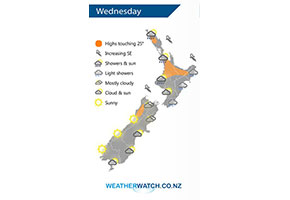 A ridge lies over most of New Zealand on Wednesday however a trough may bring a few showers to the upper / western North Island.

On Wednesday expect a mainly settled day for the South Island, some cloud in the east and especially about Nelson / Marlborough. For the North Island it’s cloudy in the east with the odd light shower or drizzle patch, drier out west. From afternoon a small trough brings a few showers anywhere north of about Taranaki then clearing later in the evening. Southeasterly winds will be gusty offshore for northeastern parts of the North Island during the day. 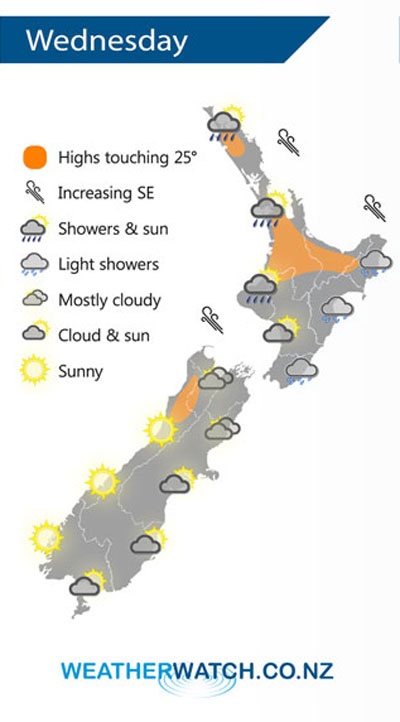