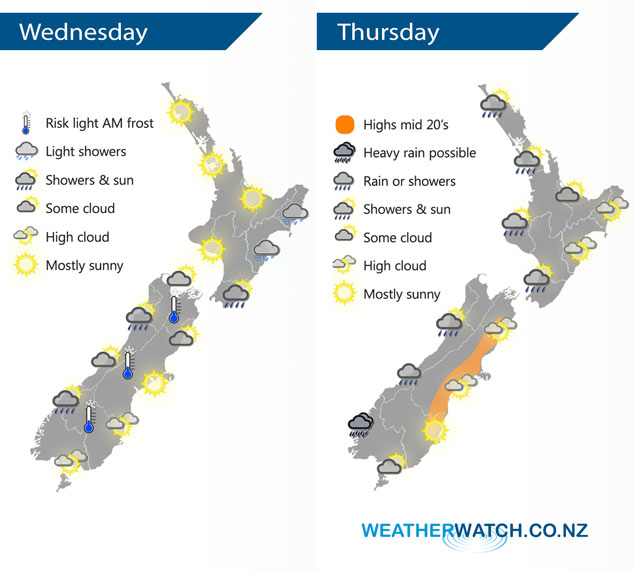 A ridge lies over New Zealand today bringing mainly settled weather. A few showers for the West Coast of the South Island and morning drizzle / showers for the eastern North Island, mainly dry elsewhere. A west to southwesterly airflow lies over New Zealand on Thursday. A few fronts slide northwards over the country bringing some rain or showers in the west, dry weather out east.

Mostly sunny for the upper / western North Island today. Morning showers / drizzle gradually clears away from Wellington up through to Hawkes Bay. A few showers for the West Coast of the South Island, mostly sunny in the east with some high cloud. Any early cloud clears Canterbury / Marlborough then mostly sunny.

A few showers for the western North Island on Thursday, dry out east with some cloud. Rain for Fiordland with a chance of heavy falls then weakening and moving into North Westland by evening. Mostly sunny for the eastern South Island with some high cloud.