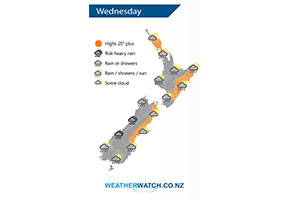 A northwesterly airflow lies over the country on Wednesday, a front pushes northwards over the South Island during the day meanwhile a trough comes out of the Tasman Sea over the upper North Island.

The odd shower for the western / upper North Island on Wednesday, showers may become heavy in the afternoon about Bay Of Plenty and Northland. Mainly dry in the east however a few spits or isolated showers are possible about Hawkes Bay / Gisborne in the afternoon then clearing evening.

Morning rain may be heavy for the West Coast of the South Island then easing to showers, mainly dry in the east. Some morning rain passes through the far south then dry spells develop, further showers move through again in the afternoon / evening. 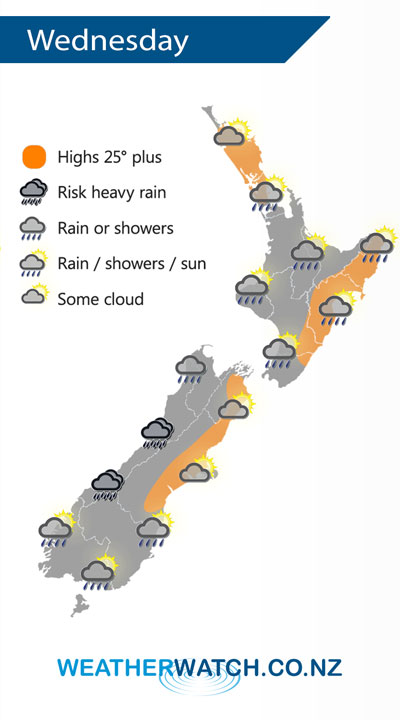