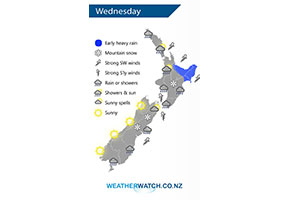 A strong cold southwesterly airflow covers New Zealand on Wednesday, easing over the South Island later in the day as a ridge of high pressure starts to push in.

Rain or showers for most regions on Wednesday however the West Coast of the South Island and Nelson gets a sunny day. Winds are strong from the south or southwest for many areas, easing from the south this evening.

Watch out for frosty conditions overnight especially about the inner South Island. 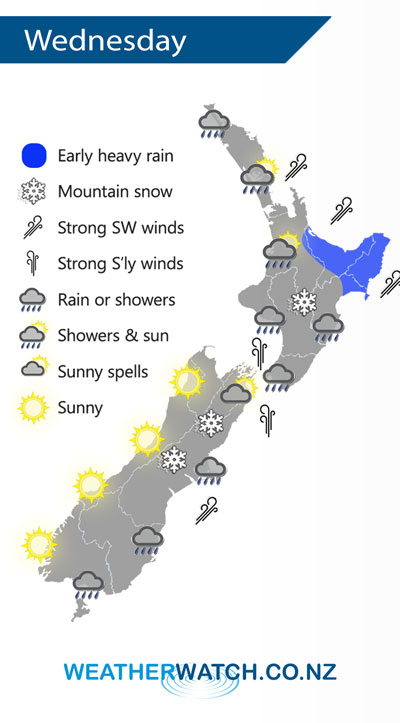