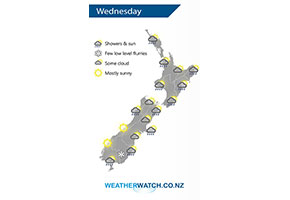 A southwesterly airflow lies over New Zealand on Wednesday.

Cloudy areas and the odd shower for the western North Island, the odd shower about Wairarapa moves into Hawkes Bay and Gisborne around midday as southwesterlies freshen.

Mostly sunny for South Westland, further north along the West Coast showers gradually clear from afternoon. Marlborough is mostly cloudy, risk of a shower or two. Nelson has some morning sun then cloud develops in the afternoon. Canterbury has morning cloud then sunny spells, a few showers about Banks Peninsula gradually clear. Southland and Otago has the odd shower, snow flurries to low levels in the morning then gradually lifting. Any accumulations of snow will be very minimal to non existent. 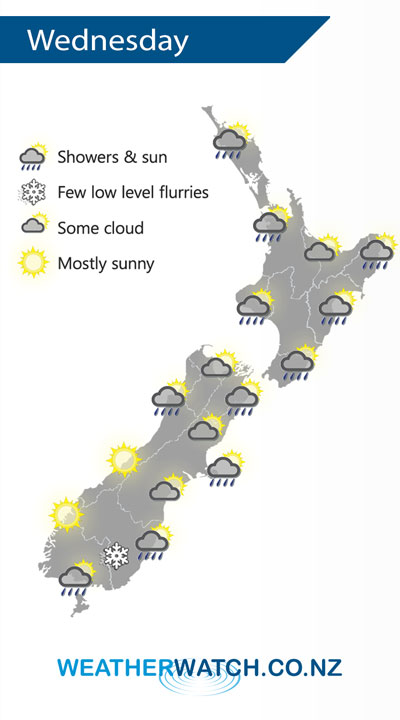