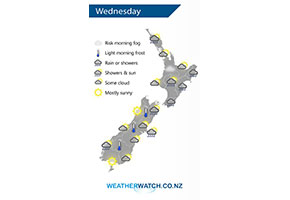 A slack pressure gradient lies over New Zealand on Wednesday although there is some shower activity about especially for the eastern North Island.

Sunny spells for the western North Island on Wednesday, perhaps an isolated shower or two about also (more so from afternoon) otherwise mainly dry. In the east expect patchy rain or showers / drizzle.

Cloudy areas with the risk of a shower about Nelson / Marlborough on Wednesday. Morning cloud about Canterbury breaks to a mostly sunny afternoon, may be a light early shower about Banks Peninsula. Any morning cloud about Southland and Otago breaks to mostly sunny conditions. Cloud builds in the west, more so about Fiordland with a light shower or two there from afternoon. 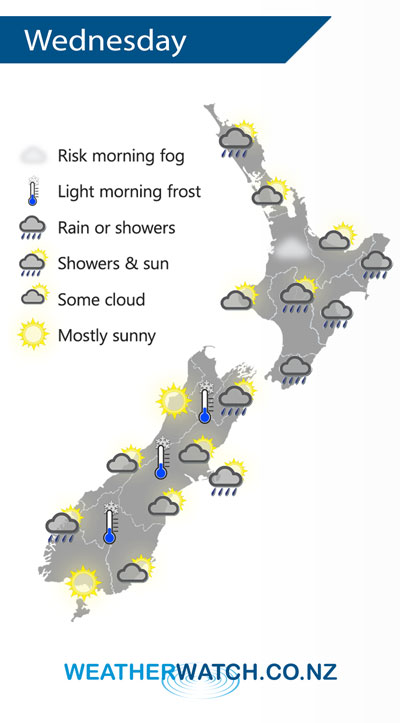