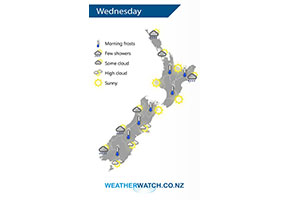 An anticyclone covers the country on Wednesday.

Fairly settled and mostly sunny for a majority of the country on Wednesday, some cloud from afternoon for Auckland and Northland however, there may even be a light shower or two move into far northeastern areas. Cloudy areas for Hawkes Bay and Gisborne, a shower or two brushing the coast (i.e. Mahia Peninsula).

Mostly cloudy for the West Coast of the South Island, a shower or two about South Westland from afternoon then North Westland later in the evening. 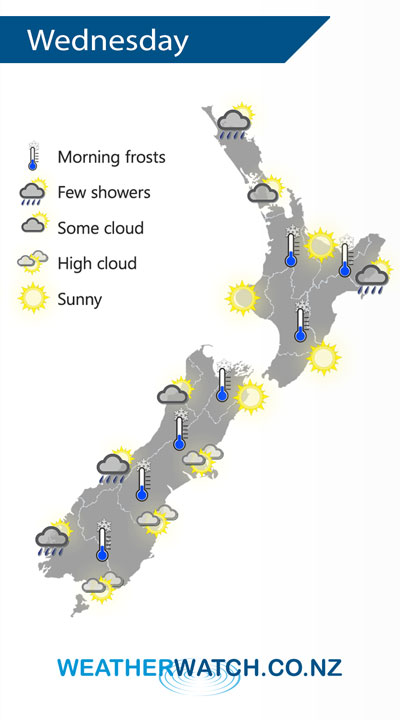