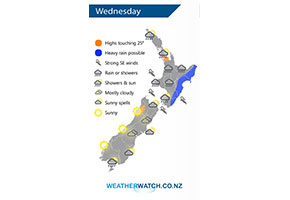 Conditions ease over the South Island on Wednesday however a low and southeasterly airflow combine to bring unsettled weather further north.

A fairly unsettled day for most of the North Island on Wednesday with areas of rain, heavy falls look most likely to occur along the east coast however there is a chance rain could be heavy at times in the west. In the afternoon showers about Northland and Auckland could contain thunderstorms.

Cloud breaks to some afternoon sun about Nelson and Marlborough. Mostly cloudy about Canterbury with the chance of a light shower or drizzle patch about inland areas for much of the day, some sun breaks through in the afternoon near the coast. A mostly sunny morning for the far south then a small southwest flick brings a light shower or two to Southland from afternoon then Otago late afternoon or evening. A mainly sunny day for the West Coast. 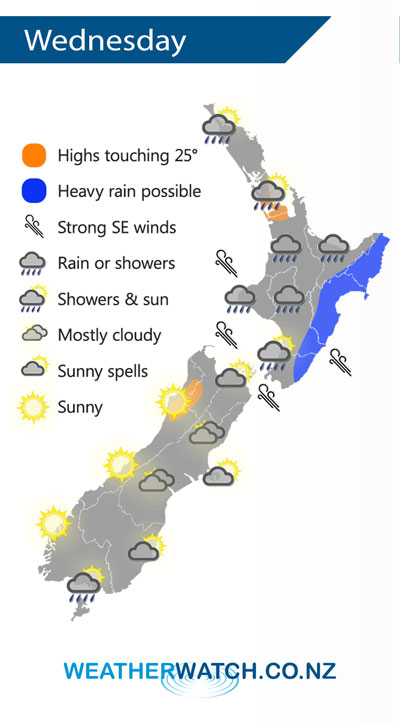