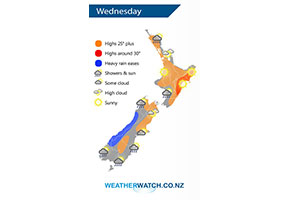 A cold front quickly weakens over the South Island on Wednesday as a ridge builds over both Islands extending out from an anticyclone to the east of New Zealand in the Pacific.

Mostly sunny for a fair majority of the North Island on Wednesday, a shower or two can be expected about Northland however especially afternoon, perhaps also northern parts of Auckland. A few light morning showers for southwestern areas then breaking to sun in the afternoon.

Morning heavy rain for the West Coast then quickly easing, early showers about the far south clear then sunny areas increase. Mainly dry elsewhere for the rest of the South Island. 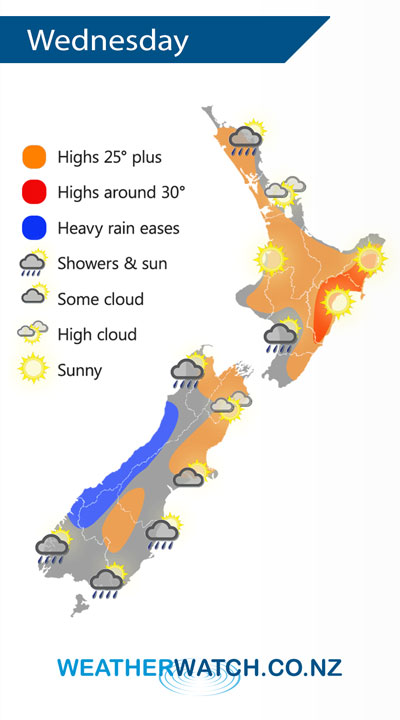